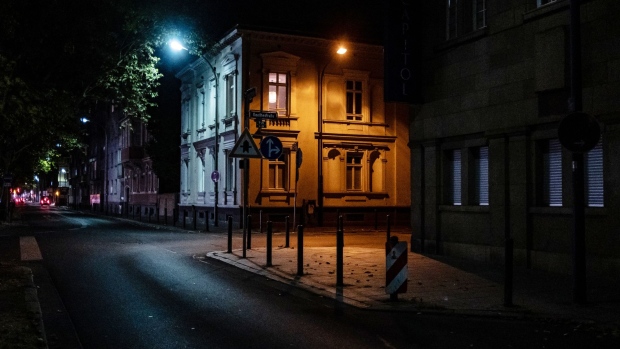 (Bloomberg) -- Germany is set to use a fund created to help companies cope with the economic hit from the pandemic to provide loan guarantees for struggling energy firms, according to a person familiar with the plan.

State development bank KfW would oversee the mechanism and the volume of loan guarantees available would be around 67 billion euros ($67.9 billion), said the person, who asked not to be identified discussing confidential information.

Chancellor Olaf Scholz’s government is set to approve the plan -- which is designed to help energy companies forced to pay higher prices due to Russian supply cuts -- at a regular cabinet meeting Wednesday, the person added.

Europe’s largest economy is at the center of the continent’s energy crunch as Russia slashes supplies in retaliation for sanctions imposed over its invasion of Ukraine. Concerns have been mounting that Germany could face a wave of bankruptcies in the fallout from the crisis.

Separately, Scholz said on Tuesday that Germany would implement a power price cap quickly to help consumers and companies cope with soaring electricity costs. “We will now push this through with great speed, so that we can relieve the burden on consumers as well as on companies when it comes to electricity prices,” Scholz said in Berlin.

The latest loan guarantee plan, which was first reported by Handelsblatt newspaper, is separate from a financial aid package announced in April partly targeted at helping energy firms overburdened by collateral requirements.

Germany and its European partners are taking emergency action to support utilities amid fears that companies will be unable to cope with growing margin calls. Norway’s Equinor ASA has said that European energy trading risks collapsing under the weight of calls amounting to at least $1.5 trillion.

Scholz on Tuesday sought to reassure German industry that the government is doing all it can to address any liquidity problems.

“We have extended and expanded the protective shield for companies that are particularly affected,” Scholz said in a speech at a BDA employers association conference in Berlin.

The European Union is also considering intervening in the energy markets to rein in energy costs and provide liquidity to a market that was brought into chaos after Russia curbed supplies to Europe amid its war in Ukraine. The European Commission, the EU’s executive arm, will unveil this week a broad proposal that will seek to mitigate the effects of the energy crisis.