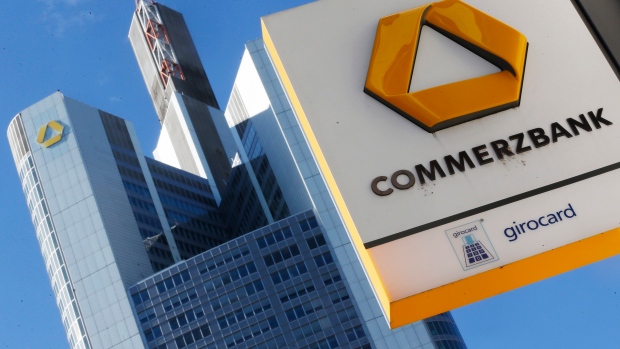 FRANKFURT - Commerzbank on Thursday said it would cut nearly 10,000 jobs or more than a fifth of its workforce and stop paying dividends for the time being as it restructures to become profitable on a more sustainable basis by 2020.

Germany's second biggest lender said in a statement it expected restructuring costs of 1.1 billion euros (US$1.2 billion) as it combines business segments and cuts costs to offset the drag from low loan demand and negative European Central Bank interest rates and as it shifts to digital banking.

The revamp will come at a heavy cost for employees as Commerzbank slashes 9,600 of its 45,000 full-time positions, a more drastic reduction than at peer Deutsche Bank, which is cutting about 10 per cent of staff but has suggested deeper cost cutting may be needed.

Commerzbank plans to merge its business with medium-sized German companies with its corporate and markets segment, while also cutting back trading activities in investment banking to help reduce earnings volatility and free up capital for investment.

That move is also expected to prompt a writedown of around 700 million euros in the third quarter, leading to a quarterly net loss, Commerzbank said. It expects to turn a small net profit in full-year 2016, down from 1.1 billion euros last year, it said.

The bank will concentrate on two customer segments in future: Private and Small Business Customers and Corporate Clients, with the restructuring expected to lift net return on tangible equity to at least 6 per cent by the end of 2020 from 4.2 per cent last year.

On jobs, Commerzbank said it would also aim to add 2,300 positions in areas where business was growing, which would ease the net reduction to 7,300.