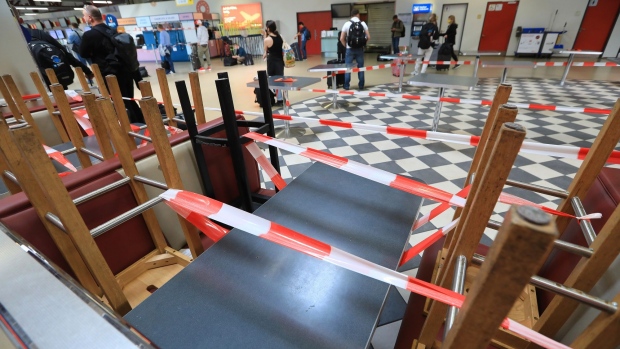 Security tape sits wrapped around upturned furniture in a closed dining area in Terminal C at Tegel airport, operated by Flughafen Berlin Brandenburg GmbH, in Berlin, Germany, on Tuesday, June 2, 2020. Berlin’s Tegel airport can halt operations this month after the coronavirus virtually stopped traffic there, in what could spell the end for the Cold War-era facility. Photographer: Krisztian Bocsi/Bloomberg , Bloomberg

Germany recorded an increase in the number of new coronavirus cases, while the infection rate fell back below the key threshold of 1.0.