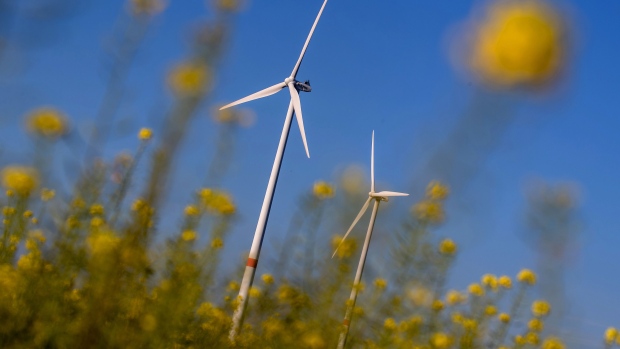 The money will be earmarked via a supplementary budget from existing outlays, an official familiar with the decision said. The Greens, who will take control of the government’s climate agenda, have projected 50 billion euros a year to finance climate protection over the next decade.

Negotiators for Scholz’s Social Democrats, the Greens and the pro-business Free Democrats aim to ratchet up renewable energy resources to account for 80% of demand as part of an aim to phase out coal-fired power by 2030. The government’s headline pledge is to zero out carbon emissions by 2045 and accelerate the economy’s transition to electric vehicles.

But the 177-page coalition agreement, which maps out the new government’s agenda on every policy issue, left out key questions about financing. While the parties pledged to seek ways of financing, such as strengthening state-development bank KfW, they agreed not to raise new taxes and to stand by Germany’s constitutional debt limits.

The channeled funds was reported earlier by Reuters, which cited a figure of 50 billion euros.