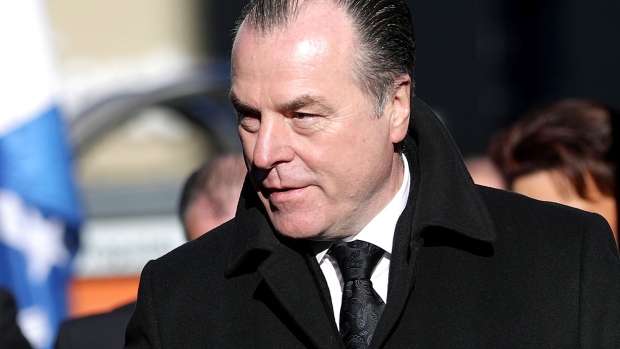 (Bloomberg) -- Billionaire Clemens Toennies is exploring a sale of Germany’s largest meat processor, almost a year after his namesake company was embroiled in a nationwide scandal due to a huge coronavirus outbreak at one of his packing plants.

Toennies Holding ApS & Co.’s family owners are preparing a sale process for the 50-year-old company, according to people familiar with the matter. The business may be valued at as much as 4 billion euros ($4.8 billion) in an auction, they said, asking not to be identified because the discussions are private.

The company could start talks with potential bidders as soon as the next few weeks, the people said. Toennies plans to gauge interest from a narrow group of industry peers including Tyson Foods Inc., Brazil’s JBS SA and WH Group Ltd., the Chinese company that bought Smithfield Foods Inc. in 2013, the people said.

No final decisions have been made, and there’s no certainty the deliberations will lead to a transaction, the people said. Representatives for Toennies and Tyson declined to comment. A representative for JBS didn’t immediately respond to a request for comment, while a spokesperson for Hong Kong-listed WH Group didn’t immediately respond to emailed queries outside regular business hours.

Clemens Toennies, chief executive officer of the German group, is often described as a brash billionaire. He turned into a public villain when one of his meatpacking plants was ordered to shut after more than 1,500 workers tested positive for Covid-19.

The outbreak, Germany’s biggest at the time, led to criticism of the company’s use of low-paid contract workers from eastern Europe and claims that their working environment failed to prevent the spread of the virus. Toennies has since launched a number of initiatives to try to regain the public’s trust.

The family’s fortunes are rooted in the industrialization of Germany’s meat production. Clemens Toennies, who owns about 45% of the company, and his nephew Robert, who holds 50%, will both likely sell their stakes in any deal, the people said. The elder Toennies has long been in the public eye, earning the nickname of “the sausage king,” and was previously chairman of German soccer team Schalke 04.

Toennies has about 16,500 employees and generated about 7.3 billion euros of revenue in 2019, according to its website. It’s the biggest meat processor in Germany, running slaughterhouses for pigs and cattle. It also makes Boeklunder brand cocktail sausages, Koenecke bockwurst and Wikinger hot dogs.