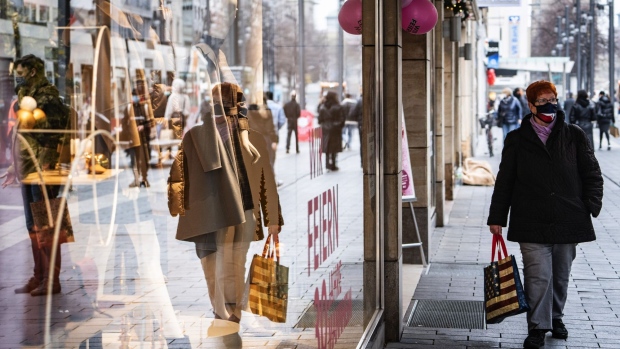 (Bloomberg) -- German consumers and companies ramped up spending before a resurgence in coronavirus cases forced authorities to reintroduce restrictions, putting a halt to the recovery in Europe’s largest economy.

Figures from the statistics office show private consumption rose 10.8% in the three months through September with investment up 3.6%, contributing to an overall quarterly expansion of 8.5% -- stronger than initially reported. Since then, temporary business closures and rules affecting social activities have plunged parts of the economy back into a slump.

Output is likely to stagnate or even shrink in the final three months of the year, the Bundesbank said last week. While domestic restrictions are weaker and more focused on hospitality and leisure activities than during the first wave, exports are suffering from a resurgence of the virus across Europe, it said.

Sales abroad jumped more than 18% in the third quarter, with imports up some 9%.

A business confidence gauge due later on Tuesday is expected to deteriorate, mirroring trends from across the euro area. Lockdowns have put the 19-nation economy on track for another contraction, according to a survey published Monday.

Germany’s outlook could take a turn for the worse on Wednesday when Chancellor Angela Merkel and the country’s regional leaders will decide on whether to tighten and extend virus curbs through much of the upcoming holiday season.