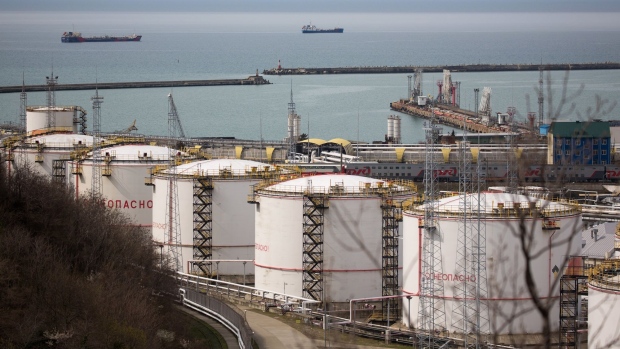 Oil storage tanks stand at the RN-Tuapsinsky refinery, operated by Rosneft Oil Co., as tankers sail beyond in Tuapse, Russia, on Monday, March 23, 2020. Major oil currencies have fallen much more this month following the plunge in Brent crude prices to less than $30 a barrel, with Russia’s ruble down by 15%. , Bloomberg

Germany could end its dependence on Russian oil by the end of the summer, according to the Economy Ministry’s latest energy security report published Sunday.

“An oil embargo with a sufficient transition period would therefore be manageable,” the report said.

On Wednesday, Bloomberg reported that Germany is prepared to support a gradual European Union ban on Russian oil from the country. The government has already agreed to an EU embargo on Russian coal and plans to be independent of Russian gas by the middle of 2024.

To further wean itself off Russian gas, the federal government is working closely with the states on getting multiple floating LNG terminals operating in the next two years, according to the ministry report.