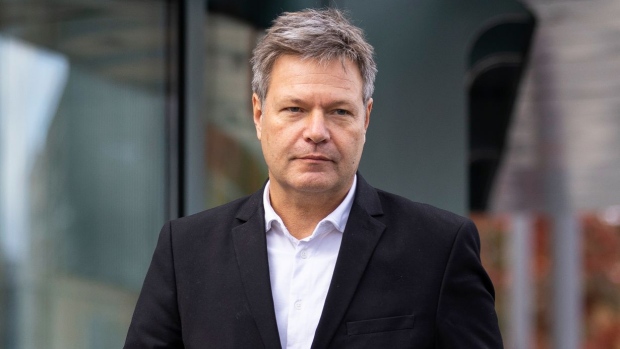 (Bloomberg) -- Germany is set to increase its state guarantees for business investments in African countries, a move aimed at diversifying trade relations and to make it more independent from China.

“There will be additional incentives to invest in regions like sub-Saharan Africa where we want more German investments and more German trade,” Economy Minister Robert Habeck said opening a German-African business conference in Johannesburg on Wednesday.

Habeck, who is also Vice Chancellor, views the African continent as an ideal place to boost the production of renewable energies as an alternative to Russian gas.

“Fossil energies are not the future, they are actually the past,” Habeck said, urging the 700 business representatives to invest more in wind and solar energy.

More than 80% of electricity in South Africa is still produced in coal plants, and the country currently experiences numerous blackouts which especially harm industrial production.

The conference was overshadowed by the absence of South African President Cyril Ramaphosa, who did not attend following allegations he may not have followed correct procedures in reporting a theft.