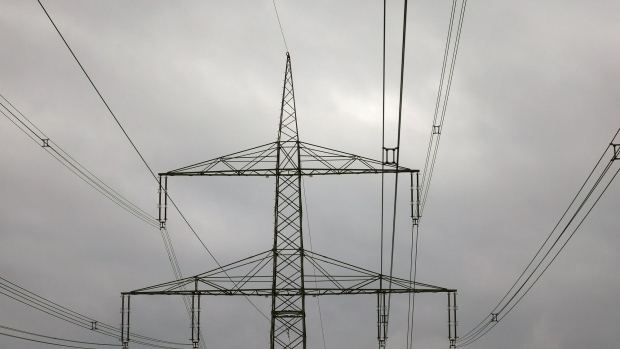 A high voltage electricity transmission tower in Radeland, Germany, on Monday, Jan. 9 2023. Energy costs have been a key driver of inflation, and unexpectedly low demand is easing the burden on consumers and sparking optimism among European authorities. Photographer: Krisztian Bocsi/Bloomberg , Bloomberg

(Bloomberg) -- Germany will extend a €100 billion ($109 billion) financing program for utilities that struggle to attract enough cash for energy purchases through year’s end.

The program was started in April — after Russia invaded Ukraine — for companies trading in electricity, natural gas and emission certificates on the futures exchanges. It provides security in the form of credit lines handed out by the country’s development bank, KfW, and backed by the government.

In September, a spokesman of the Economy Ministry told Bloomberg that negotiations with five companies were ongoing. A renewed request as to how many companies received credit from the fund wasn’t answered.

With the Ukraine war still raging, price risks continue in the markets for energy, according to a government statement. This would foster high hedging requirements.

The industry lobbied for the program’s extension even after criticizing the guidelines as being exclusionary.

“The very narrow access criteria currently pose too great a hurdle to utilization, for example, for end-distribution companies,” Kerstin Andreae, chairwoman of the energy lobby group BDEW, told Bloomberg. “In addition, the scope of application and the hedging instruments made available should be expanded.”

The association of city utilities, VKU, said the program was hardly utilized because it didn’t target the thousands of companies that trade outside the futures exchanges.