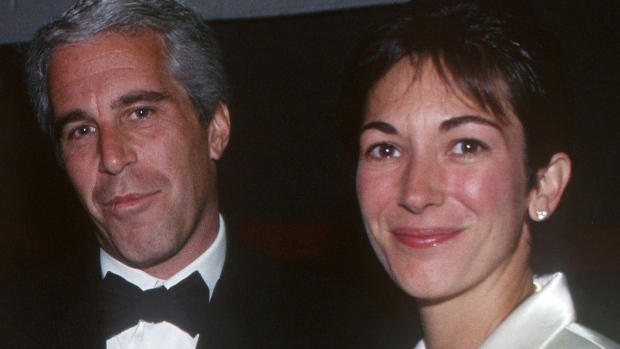 Four years ago, Ghislaine Maxwell sat in front of several lawyers in a midtown Manhattan law firm office and explained her role in Jeffrey Epstein’s life.

“My job included hiring many people” including cooks, gardeners, pilots, assistants and cleaners for his six homes, Maxwell said in a deposition. “A very small part of my job was from time to time to find adult professional massage therapists for Jeffrey.”

The deposition, done over two days in April and July 2016, offers the only substantive public record from Maxwell about what she did for the sex offender. It’s also part of the reason why she was arrested earlier this month -- prosecutors allege she lied nine times while giving her answers under oath.

The questioning was part of a defamation lawsuit brought by Virginia Giuffre, who has said she was abused by Epstein and Maxwell.

An appeals court unsealed 40 of the 613 transcript pages of her deposition last August. In the portion that’s publicly available, Maxwell is asked at least five different times if she believed that Epstein sexually abused minors.

She doesn’t give a yes or no response, instead attacking Giuffre as a liar. The most she says in the public transcript: “You are asking me to speculate and I won’t speculate.”

In his own deposition for the case, Epstein repeatedly asserted his Fifth Amendment right against self-incrimination when asked whether Maxwell conspired with him.

Maxwell has pleaded not guilty to the criminal charges and is now in a Brooklyn jail awaiting trial next year. Jeffrey Pagliuca, a lawyer who defended Maxwell at the deposition and now in the criminal case, didn’t return a voicemail or email seeking comment.

Prosecutors say Maxwell, 58, “delivered” at least three girls as young as 14 to be sexually abused by Epstein in the 1990s and that she sometimes participated. The government also told a judge it has additional witnesses, flight logs and business records to bolster their case that she groomed girls for Epstein’s abuse.

The indictment, unsealed on July 2, includes two counts of perjury based on her deposition. Prosecutors say she lied about her knowledge of Epstein’s activities, including denying knowledge of his recruitment of underage girls and his interactions with underage women at his properties.

The defamation lawsuit, which was settled for an undisclosed amount, was brought against Maxwell because she denied Giuffre’s account of abuse in print. A day after portions of Maxwell’s deposition were made public last August, Epstein died of an apparent suicide in a Manhattan jail where he was awaiting trial on sex trafficking charges involving underage girls.

Giuffre claims she was recruited to give sexual massages after Maxwell saw her reading a massage therapy book while working at Mar-a-Lago, President Donald Trump’s resort in Palm Beach, Florida. Maxwell said Giuffre was 17 when she began to give him massages.

During her questioning, Maxwell rejects Giuffre’s statements that Maxwell told her to have sex with other men, including billionaire Glenn Dubin and Prince Andrew, calling her assertions “1000 per cent false.” In fact, “I barely remember her at all,” she said of Giuffre. Prince Andrew and Dubin have denied Giuffre’s allegations.

At one point in the deposition, Maxwell’s anger boils over, and she bangs the table in frustration.

“I have been so absolutely appalled by her story and appalled by the entire characterization of it and I apologize sincerely for my banging at the table earlier,” she said. “It’s borne out of years of feeling the pressure of this entire lie that she has perpetrated.”