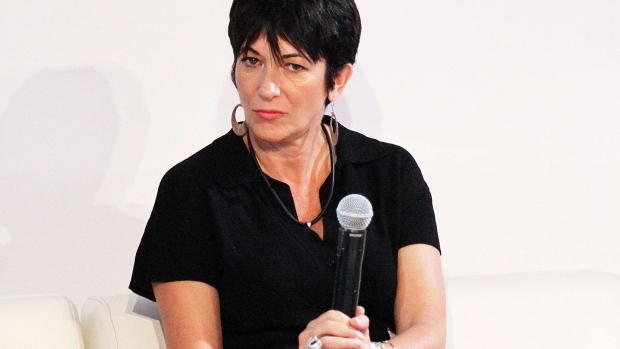 (Bloomberg) -- Ghislaine Maxwell is seeking to block four women who say they were victims of her and Jeffrey Epstein from speaking at her sentencing next week for sex-trafficking.

Maxwell, who is to be sentenced on June 28, asked US Circuit Judge Alison Nathan in a letter Friday not to accept victim impact statements from three women because they were not minors at the time they alleged they were sexually abused, and also bar a fourth woman whose age was not known at the time of her claimed abuse.

Maxwell, 60, was convicted by a federal jury in Manhattan in December on five counts, including sex-trafficking of a minor, a verdict that was hailed as long-delayed justice for Epstein’s victims. Prosecutors have said Maxwell deserves a term of between 30 to 55 years behind bars while she’s asked for a prison sentence of less than six.

Bobbi Sternheim, Maxwell’s lawyer, said in the Friday letter that Maxwell was convicted of trafficking underage girls, so the four women could not be considered her victims under the law. The “essential qualifying element is that the victim was a minor at the time of the offense,” Sternheim said.

None of the four testified at Maxwell’s trial, and prosecutors did not mention them in connection to the charges against her. Maxwell did not object to statements by two women who did take the stand against her, and another who was described as one of her victims at her trial.

The four women’s “victim impact statements are unduly prejudicial, contain allegations not previously before the Court which serve to inflame the emotions of the Court and public,” Sternheim said. “Their airing during sentencing or any consideration by the Court in imposing sentence, would violate Ms. Maxwell’s due process rights.”

In a separate filing Friday, prosecutors took no position on the four women to whom Maxwell objected, noting that the government had not solicited their statements. Prosecutors said two of trial witnesses -- Annie Farmer and another woman identified during the trial as “Kate” -- intended to attend Maxwell’s sentencing and address the court.

During the trial, Farmer testified she was a 16-year-old high school student when Epstein molested her at a New Mexico ranch at the time. Kate, a British national, said she was 17 when Maxwell forced her into a sexual encounter with Epstein.

Maxwell had similarly objected to Kate’s testimony at the time because some of their encounters took place in the UK, where the age of consent is 17. Nathan subsequently allowed Kate to testify about “relevant conduct” by Epstein and Maxwell but not as a victim of a crime charged in Maxwell’s indictment.

The case is US v. Maxwell, 20-cr-330, US District Court for the Southern District of New York (Manhattan).