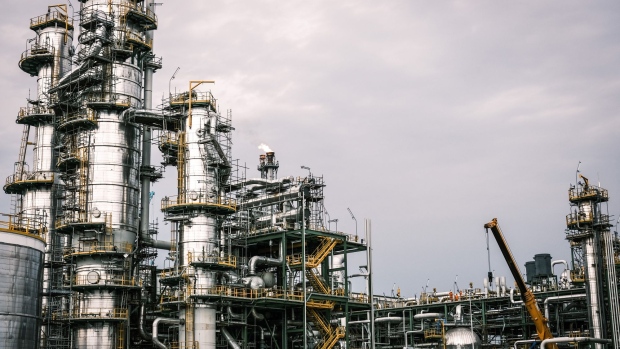 Stack towers at the under-construction Dangote Industries Ltd. oil refinery and fertilizer plant site in the Ibeju Lekki district, outside of Lagos, Nigeria, on Friday, March 6, 2020. Aliko Dangote, Africa’s richest man, plans to spend more than his net worth of $13.5 billion building one of the world’s biggest oil refineries. , Bloomberg

Mechanical work on the refinery is complete and “hopefully before the end of third quarter we should be in the market,” Aliko Dangote, Africa’s richest man, said in a briefing at the plant site in Lagos.

The plant will start with a processing capacity of 540,000 barrels a day, Dangote said. “Full production can start maybe, by the end of the year or beginning of 2023,” he said.

The facility, which will cost an estimated $19 billion to build, has an installed capacity of 650,000 barrels per day. Its output will be more than enough to meet Nigeria’s fuel demands and turn Africa’s largest crude producer into an exporter of refined crude.

Dangote, originally a cement tycoon, is worth $20.4 billion, according to the Bloomberg Billionaires Index.