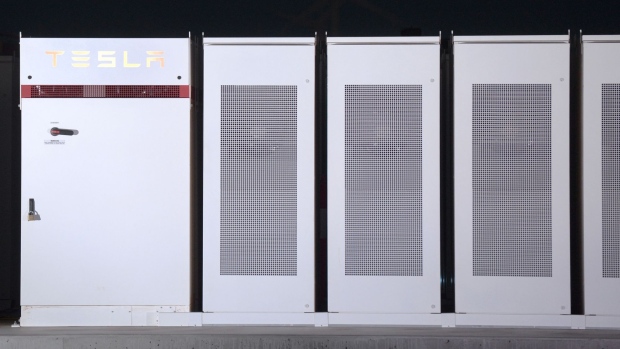 (Bloomberg) -- The giant energy storage facility in Australia that experienced a major fire during testing of its systems using Tesla Inc. batteries has been brought into full operation.

Neoen SA’s Victorian Big Battery near Geelong in southeastern Australia, one of the world’s largest storage projects, has capacity of 300 megawatts and will help improve reliability of power supply during the southern hemisphere summer, the local state government said Wednesday in a statement.

A rush of battery projects are being added globally, and particularly in hubs for renewable energy generation like California, Australia and China. Since Tesla and Neoen installed the first 100 megawatt-sized system in South Australia in 2017, the scale of facilities has been expanding to enable the storage and dispatch of more and more energy.

The Geelong plant will help Victoria, Australia’s second most-populous state, meet a target of using 50% renewables in its energy mix by 2030, Paris-based Neoen said in a statement. “We are convinced that large-scale battery storage is a vital element of the energy transition,” said Neoen Chairman and Chief Executive Officer Xavier Barbaro.

During testing of the facility on July 30 a fire occurred within a Tesla Megapack and the site was not declared under control until Aug. 2. Investigations found the blaze was probably caused by coinciding short circuits triggered by a coolant leak outside the battery compartment, and that the incident went initially undetected because the unit was offline in a mode that removed fault protections, according to Neoen.