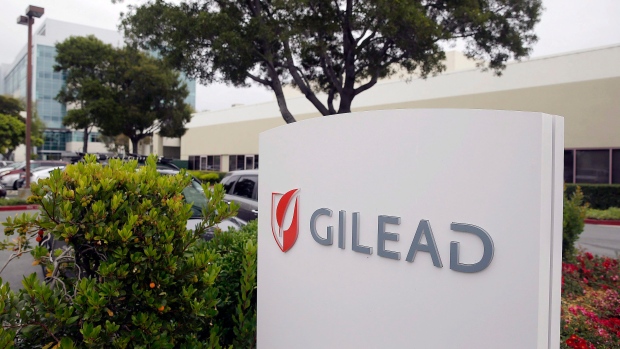 The latest look at Gilead Sciences Inc.’s treatment for COVID-19 has Wall Street analysts contemplating profit, some for the first time.

After initial donations run out, Gilead could be making commercial revenue from remdesivir as soon as the third quarter, SunTrust analyst Robyn Karnauskas said after speaking to management including the biotech’s chief financial officer.

The executives expect sales to start by July at the latest as Gilead moves into supplying governments seeking to stockpile for future pandemics, she said in a note, raising her rating to hold from sell and her price target by US$3 to US$73.

SunTrust estimates that if remdesivir is priced at about US$10,000 per treatment global sales could reach US$1.1 billion this year and then roughly US$3.2 billion next year.

The medicine, which has an emergency use authorization from the Food and Drug Administration, has been shown to shorten hospital stays and appears to work better in healthier patients.

Piper Sandler analyst Tyler Van Buren rates Gilead overweight but said he isn’t ready to ascribe a price to remdesivir as none of the results seen yet have shown a compelling effect on extending patient’s lives.

Although he had previously said the US$4,500 price tag suggested by the Institute for Clinical and Economic Review recommended for a 10-day treatment could top over US$2 billion in sales for Gilead. 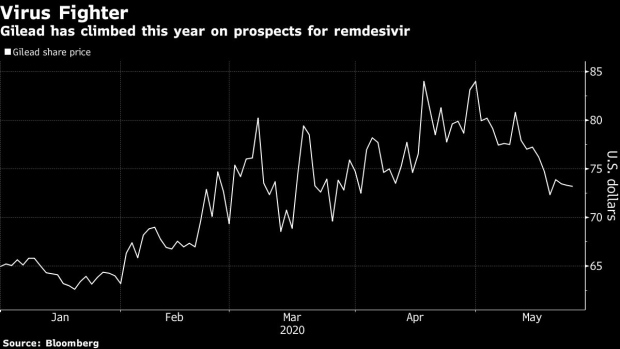 “As a significant mortality benefit has yet to be achieved, it is still unclear what the ultimate price tag for remdesivir will end up being,” Van Buren wrote on Tuesday.

Results from a late-stage Gilead-run study in moderate patients are expected this week and Van Buren said he was “now even more convinced” the data would be positive. Goldman Sachs analysts, who rate Gilead a sell, also expect the next trial to show a benefit and assumes Gilead will seek to break-even on remdesivir “at a minimum.”

The company has said it may spend US$1 billion on remdesivir this year and plans to make the medicine “accessible and affordable” for governments and patients.

“It’s difficult to predict when the existing supply will be depleted. We anticipate new supply of remdesivir to start to become available in July, and supply will continue to increase through the end of this year and into next year,” a Gilead spokeswoman responded when asked how the company might eventually price the medicine.

Gilead shares are down less than 1 per cent after falling as much as 1.3 per cent.