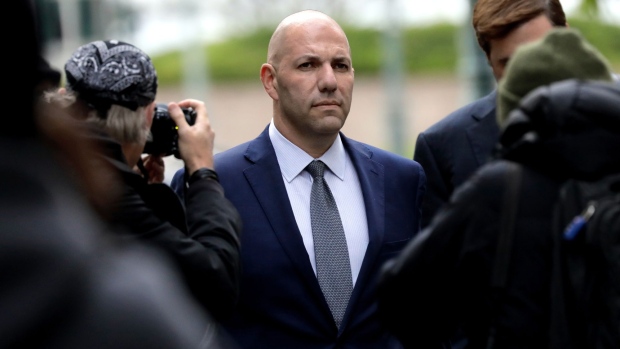 (Bloomberg) -- A businessman accused of taking part in a fraud and money-laundering plot along with two associates of Rudy Giuliani pleaded guilty on Thursday.

David Correia, who was charged last year along with Lev Parnas and Igor Fruman, entered the plea in federal court in Manhattan by videoconference. Together with a fourth man, the three allegedly participated in a wide-ranging scheme to solicit campaign donations from foreign investors while advancing their business interests in the U.S.

Correia’s plea constituted the first admission of guilt by any of the defendants in the case.

Correia had pleaded not guilty to charges including making false statements to election officials, falsification of records, conspiracy to launder foreign donations into U.S. campaigns and conspiracy to defraud investors in a business venture. One of the charges against him related to a $325,000 donation Parnas and Fruman made to the America First political action committee, an independent campaign fund that promotes issues championed by President Donald Trump.

The donated funds were represented as coming from an energy company that had no real business operations but put Parnas and Fruman on the political map, according to prosecutors. They would later aid efforts by Giuliani, Trump’s personal lawyer, to dig up dirt in Ukraine on Trump’s Democratic presidential challenger, Joe Biden.

While most of the focus has been on the role Parnas and Fruman played in helping Giuliani and Trump in Ukraine, which figured in the president’s impeachment, other charges involving Correia include laundering donations from a Russian investor to launch a retail marijuana business in Nevada.