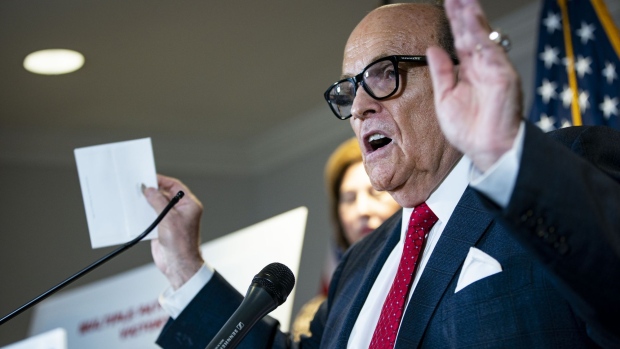 Giuliani’s motion to toss out the $1.3 billion defamation suit by the voting machine company was filed Wednesday in federal court in Washington. The former New York mayor said Dominion made “false and defamatory statements” about him in its complaint and also failed to properly state a claim or establish the court’s jurisdiction over him.

The case is one of several that Dominion filed over claims made in the aftermath of the election that it conspired to steal votes from Trump. The company has also sued Fox News and former Trump campaign attorney Sidney Powell.