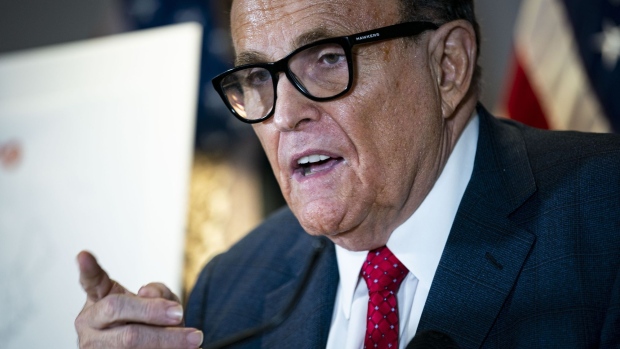 Fulton County Superior Court Judge Robert C.I. McBurney on Tuesday rejected a bid by Giuliani to postpone his appearance until next month and set an Aug. 17 date. The former New York mayor had been subpoenaed to appear today but had asked the court to move the date to mid-September. Giuliani’s lawyers said his doctor had ordered him to refrain from air travel following heart surgery.

Atlanta District Attorney Fani Willis has been investigating attempts by Trump and his associates to get state officials to disqualify votes in the election. In one recorded call, Trump told Georgia Secretary of State Brad Raffensperger he needed to “find” just enough votes to reverse Joe Biden’s victory.

Giuliani was heavily involved in Trump’s efforts to overturn the election. Suggesting an alternative to flying, McBurney pointed out it was “a 13-hour” drive from New York to Atlanta and said Giuliani had “plenty of time to make the trip.”