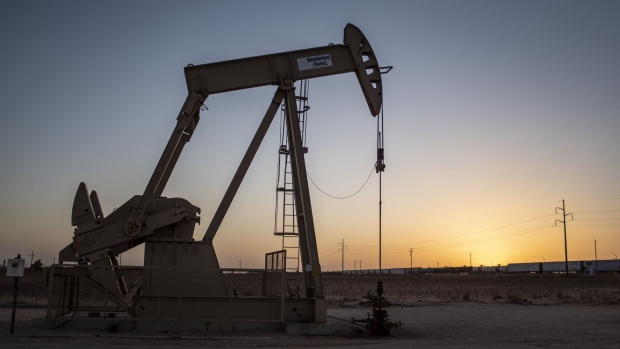 (Bloomberg) -- Glencore Plc’s settlement with US prosecutors has cast fresh light on manipulation of an under-the-radar part of the commodities world that’s crucial for valuing physical deals and derivatives.

The raw-materials giant this week agreed to plead guilty to rigging fuel-oil assessment prices after probes into wide-ranging bribery and corruption. The process for setting the benchmarks involves price reporters polling traders in the market for bids, offers and transactions so that they can publish values on products that otherwise would remain private information.

It’s a hugely important part of the industry. Billions of dollars of physical deals are set against the daily benchmarks, which also act as a reference price for big amounts of derivatives. Yet they’re often based on a relatively small number of trades -- or none at all -- which can give large trading houses an incentive to manipulate physical markets to benefit their derivative positions.

Glencore admitted to conspiring to manipulate from 2011 to 2019 fuel benchmarks set by price-reporting agency S&P Global Platts, which allowed it to reduce costs and boost profits artificially.

“Glencore’s market-price manipulation threatened not just financial harm, but undermined participants’ faith in the commodities markets’ fair and efficient function that we all rely on,” US attorney Vanessa Roberts Avery said on Tuesday, when the settlements were announced.

Platts, which publishes assessments for opaque markets from jet fuel to rice, said the “robust, rigorous and transparent methodology and the safeguards we have in place continue to allow Platts to publish assessments reflective of market value.” Glencore Chief Executive Officer Gary Nagle on Tuesday said the company acknowledged the misconduct and cooperated with authorities.

The pricing sector has faced troubles before. In 2020, oil-trading giant Vitol Group agreed to settle allegations for attempted manipulation of two price benchmarks for physical fuel oil in 2014 and 2015.

The revelations about Glencore puts focus on that part of the industry again.

“The price that gets published can be then subject to many thousand multipliers all around the world, impacting contracts done elsewhere,” said Liz Bossley, CEO of Consilience Energy Advisory Group and who has authored a report to the G20 on PRAs. Those agencies are effectively “in an extremely powerful position. They’re filling a role that should be taken by a regulator and it suits the industry for them to be there,” she said.

Details in charges against Glencore indicate how much companies can stand to gain or lose by reporting false information to pricing agencies.

For example, in one 2012 case cited by the US Commodity Futures Trading Commission, Glencore’s long exposure to the average daily Platts US Gulf Coast high sulfur fuel oil benchmark for November amounted to in excess of 8.8 million barrels. That’s enough to fill more than four supertankers.

Traders typically also hold short positions as a hedge, and the documents don’t specify what Glencore’s net position was. High sulfur fuel oil is used by merchant ships, where it’s known as bunker fuel, and also for power generation.

The CFTC said Glencore traders reported bids and raised bids to Platts 728 times that November and reported 59 cargo purchases with the intention to “manipulate upward” the daily benchmark and derivatives such as swaps and futures that use the price as a reference for settlement.

And in July 2018, Glencore traders holding short exposure of more than 4 million barrels for the same benchmark worked to drive the Platts assessment price down by reporting low offers in the pricing window.

European Union probes into oil-price assessments about a decade ago partly led to greater oversight by the International Organization of Securities Commissions. That may not have been enough, according to Bossley.

The oil industry has abdicated pricing methodology “responsibility to PRAs, because it’s so difficult for them to do otherwise,” she said. “The IOSCO rules were there and that didn’t stop this, did it?”