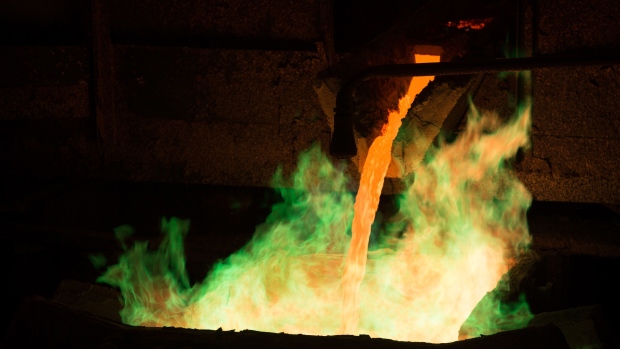 (Bloomberg) -- Glencore Plc added its voice to a chorus of miners warning of coming copper shortages, arguing that a “huge deficit” is looming for the crucial industrial metal.

Chief Executive Officer Gary Nagle said that while some people were assuming that the industry would lift supplies as it had in previous cycles to meet a forecast increase in demand driven by the energy transition, “this time it is going to be a bit different.”

He presented estimates showing a cumulative gap between projected demand and supply of 50 million tons between 2022 and 2030. That compares with current world copper demand of about 25 million tons a year.

“There’s a huge deficit coming in copper, and as much as people write about it, the price is not yet reflecting it,” Nagle said.

Copper miners and analysts have been warning of growing deficits starting in the mid-2020s, driven by rising demand for copper in wind and solar farms, high voltage cables, and electric vehicles. While most analysts believe that prices will rise from current levels around $8,500 a ton, there is some disagreement about how large the copper shortages might be.

Still, Nagle said that Glencore, which is one of the world’s top copper miners and traders, will wait to lift its own output of the metal until the world is “screaming” for it. “We want to see that deficit,” he said.

Nagle said that Glencore could lift its annual copper production by more than 60% from current levels of 1 million tons with expansions of its current assets. The company is also eyeing a $5.6 billion new-build project at El Pachon in Argentina.