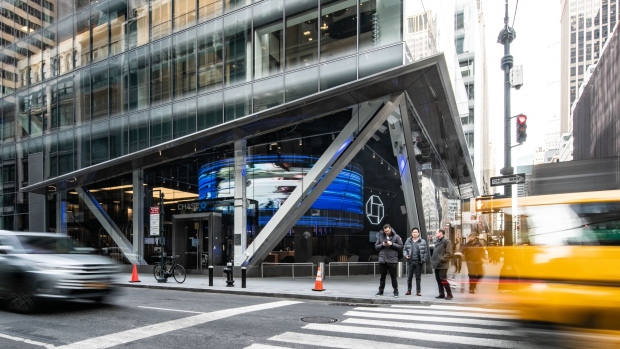 Some of the world’s biggest banks, including JPMorgan Chase & Co., Credit Suisse Group AG and Deutsche Bank AG, are urging a U.S. judge not to immediately terminate Libor after a group of borrowers filed suit claiming the benchmark was the work of a “price-fixing cartel.”

Some of the world’s biggest banks are urging a U.S. judge not to immediately terminate Libor after a group of borrowers filed suit claiming the benchmark was the work of a “price-fixing cartel.”

Defendants in the case, including JPMorgan Chase & Co., Credit Suisse Group AG and Deutsche Bank AG, said in a November filing that an injunction abruptly ending the London interbank offered rate would wreak havoc on financial markets and undermine years of work reforming the reference rate. The plaintiffs, which include 27 consumer borrowers and credit card users, are also seeking monetary damages.

Attorneys not involved in the case say the chances of an injunction are slim. Yet it underscores the risks and legal costs for banks that continue to prop up Libor, which still underpins hundreds of trillions of dollars of financial assets around the world. It also highlights the fragility of the discredited benchmark, which in theory could be halted by a single court decision.

“You have to take it seriously because it would be a catastrophe if it was granted,” said Anne Beaumont, a partner at law firm Friedman Kaplan Seiler & Adelman LLP. “They’re likely going to continue to get sued like this as long as it’s there.”

A San Francisco judge has said he will render a decision on the injunction without a hearing. The judge is scheduled Thursday to hear a request by the banks to transfer the case to Manhattan federal court.

Libor is derived from a daily survey of bankers who estimate how much they would charge each other to borrow. It’s used to help determine the cost of borrowing around the world, from student loans and mortgages to interest-rate swaps and collateralized loan obligations.

In the wake of the 2008 financial crisis, regulators discovered that lenders had been manipulating the rates to their advantage, resulting in billions of dollars of fines.

For over three years, policy makers around the globe have been developing new benchmarks to replace Libor by the end of 2021. In November, officials proposed an extension for some dollar Libor tenors until mid-2023, to help firms cope with the transition process.

If the benchmark were to be immediately switched off, many derivatives contracts already contain contractual fallback language that would enable them to transition to an alternative rate, according to Y. Daphne Coelho-Adam, a counsel at Seward & Kissel LLP who is not involved in the case. But hundreds of billions of dollars of bonds, loans and securitizations lack a clear replacement rate and could pose a threat to financial stability.

“It must be stopped one way or another or neutralized because it’s an illegal price-fixing agreement,” Joseph Alioto, an attorney at Alioto Law Firm representing the plaintiffs, said in an interview.

The plaintiffs want Libor to be either prohibited or set at zero with borrowers repaying capital but not interest.

The banks said in filing that none of the plaintiffs have shown that they ever paid interest based on Libor, adding that the suit is built on “baseless theories of antitrust liability.” Regulators have warned that even a temporary disturbance of Libor could devastate financial markets, the banks’ attorneys said.

“Plaintiffs allege that the highly regulated process of setting a benchmark that is a fundamental part of the global economy is a per se antitrust violation,” the banks said. “But legitimate cooperative activities, even those involving competitors, often benefit competition.”

Attorneys for the banks didn’t respond to emailed requests for comment.