The world economy's debt pile continued to decline in the third quarter of this year, but the high interest rates that are deterring new borrowing will also trigger a dangerous increase in debt service costs, according to the International Institute of Finance.

Total debt declined US$6.4 trillion in the three months through September, to about US$290 trillion, the IIF said in its quarterly Global Debt Monitor published Tuesday in Washington. That drop is amplified by the surging dollar, which makes loans denominated in other currencies look smaller when they’re measured in greenbacks.

The risk now is that the cure for inflation -- interest-rate increases by central banks -- will impose a steep increase in debt-servicing costs for heavily indebted households, businesses and governments. 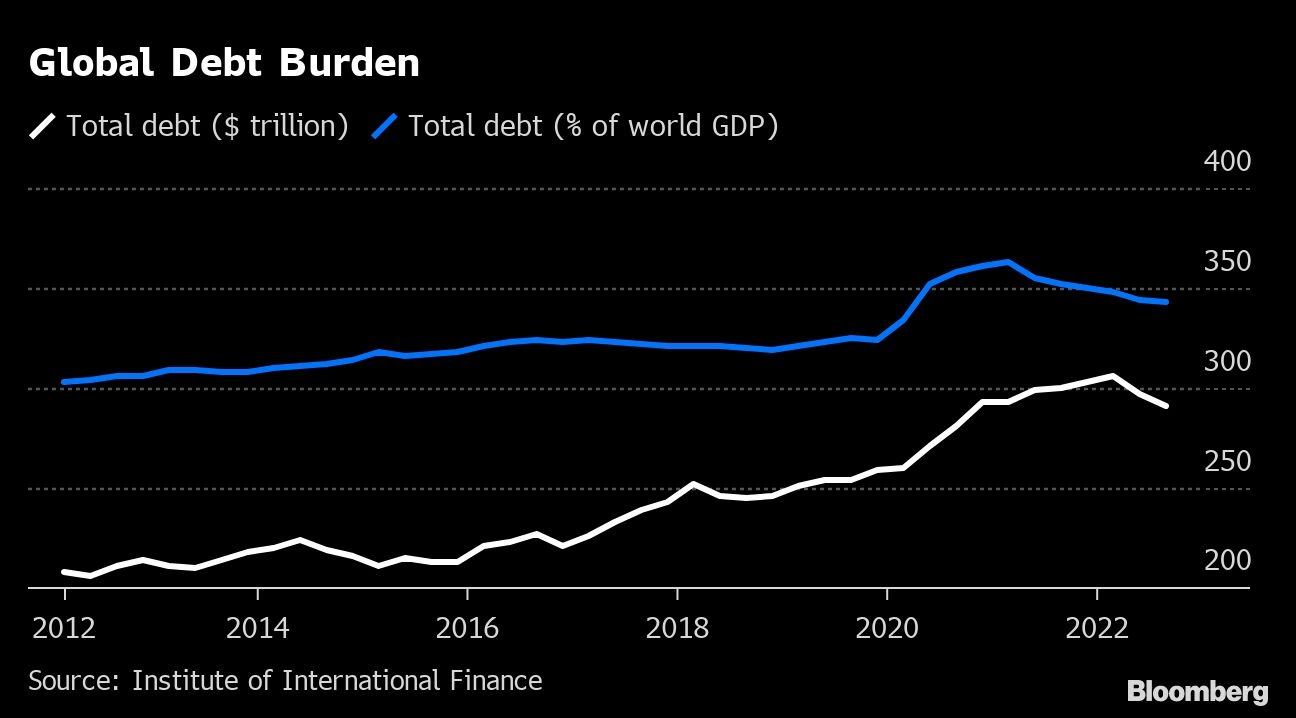 “The global interest bill is about to surge,” the IIF economists wrote. “Higher funding costs represent a major source of risk for financial and social stability across countries with highly indebted sectors.”

Risks are concentrated among lower-income households and smaller businesses, which are more exposed to floating-rate borrowing, the IIF said. Among governments, those in the Group of Seven advanced economies as well as emerging markets in Europe and sub-Saharan Africa will face much larger interest payments, it said.

As a share of the world economy, debt has dropped to 343 per cent -- about 20 percentage points below its pandemic peak last year. Soaring inflation in many economies has helped erode debt burdens measured against the size of economic output, because the nominal value of gross domestic product has risen rapidly.