Canadians can expect to pay more for food in 2020: Expert

Consumers’ food bills have jumped to a two-year high as a hog crisis across Asia boosted meat prices by the most in a decade.

World food prices have advanced almost 10 per cent this year. Costs have been rising particularly fast in emerging markets from China to India and Nigeria, posing an inflation threat. Besides chicken and chops, global vegetable oil prices have jumped to an 18-month high on tightening supplies, and sugar and milk costs increased last month. 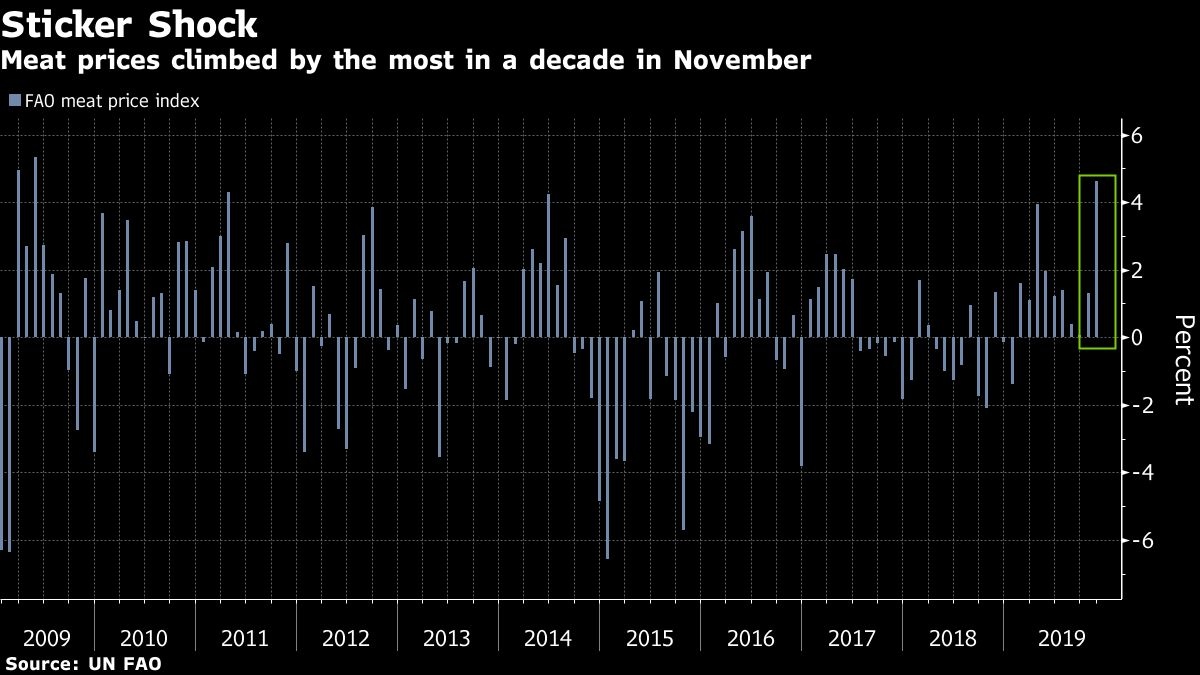 Meat remains the major culprit. The FAO’s gauge of prices has risen every month since February and is now at a five-year high. Meat exporters from Brazil to the European Union have been shipping pork to Asia at a blistering pace, and analysts and producers warned that the impacts of African swine fever could last for several more years.

There was some good news for grain buyers last month, with prices declining 1.2 per cent as large export supplies and competition among shippers weighed on wheat costs. Rice prices fell to a six-month low amid new crop supplies and sluggish demand, the FAO said in a report on Thursday.