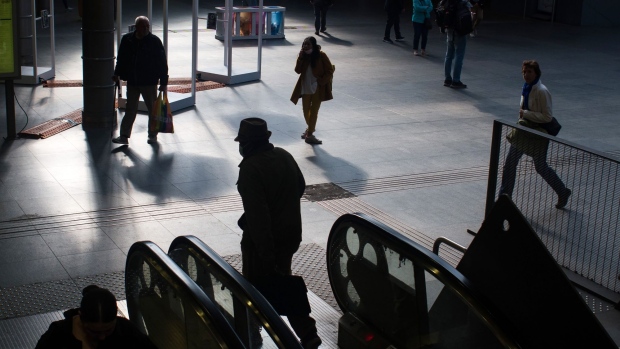 Morning commuters in the train hall of Antwerp Central railway station in Antwerp, Belgium, on Thursday, April 28, 2022. The Belgian economy grew in the first quarter, benefiting from the easing of coronavirus restrictions, said the National Bank of Belgium. Photographer: Nathan Laine/Bloomberg , Bloomberg

(Bloomberg) -- One in five workers around the world are likely to seek new jobs in the next year, according to a survey that suggests the “Great Resignation” that followed the pandemic is set to continue.

PwC’s Global Workforce Hopes and Fears survey found that a desire for higher pay was the main driver for 71% of those seeking new roles. Meanwhile 35% of workers plan to ask their current employer for a raise.

The poll, which covered 52,195 workers in 44 countries and territories, provides more evidence that the highest inflation levels in decades, and tight labor markets are emboldening workers to seek better compensation.

That may prove concerning for global central banks, who are wary that so-called second round effects from recent prices surges may force them to tighten policy at an even faster pace.

The survey showed pay pressures are highest in the tech sector, where 44% of workers plan to ask for a raise. In the public sector, the figure falls to just 25%.