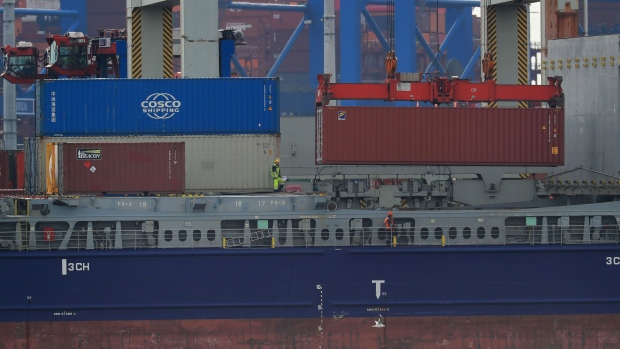 Global trade suffered a record plunge at the peak of the lockdowns to contain the coronavirus, dropping by more than 12 per cent in April alone.

With factories, airports and offices shut and movement and international travel restricted, trade was down 16 per cent compared with a year earlier, the CPB Netherlands Bureau for Economic Policy Analysis said Thursday. Three-month figures, which the CPB uses to gauge momentum, dropped seven per cent.

The World Trade Organization this week tempered its pessimism about the outlook, saying its worst-case scenario for a 32 per cent drop in global commerce this year will probably be avoided. Its optimistic scenario still sees a decline of about 13 per cent.

The WTO said global trade could see a five per cent to 20 per cent rebound next year. But it’s far from certain and depends on whether there’s a second wave of COVID-19 outbreaks, weaker than expected economic growth or widespread recourse to trade restrictions.

The IMF also updated its global outlook, predicting a 4.9 per cent slump in world GDP and an 11.9 per cent contraction in trade this year.