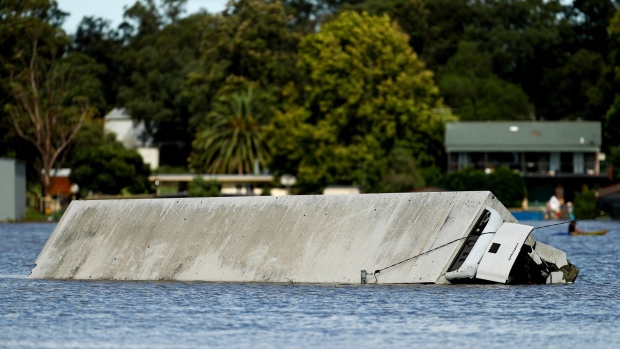 The world is on track by the end of this century to warm by 2.4 degrees Celsius above pre-industrial times, nonprofit Climate Action Tracker said in its May report. That’s an improvement from the group’s previous forecast of 2.6ºC, but still well above the 1.5ºC of warming that countries agreed to strive for when they signed the Paris Agreement in 2015.

“These results show that the efforts made are worthwhile and that progress is possible in international climate action,” German Environment Minister Svenja Schulze said on Tuesday as part of this week’s Petersberg Climate Dialogue. “Just a few short years ago, the world was on course toward 3.5 degrees global warming — a scenario that doesn’t bear thinking about.”

Scientists have warned that the Earth warming by more than 2ºC would be catastrophic for humans, as well as plants and animals. Some parts of the planet would be unlivable, while extreme weather events like heatwaves, floods, storms and drought would be exacerbated. Species unable to adapt could go extinct and rising sea levels would threaten human coastal settlements, leading to forced migration.

If all countries, including top emitters China and the U.S., deliver on their new climate promises, global warming could be as low as 2ºC, according to CAT’s most optimistic scenario. So far, 131 countries covering 73% of global greenhouse emissions have adopted or are considering targets to zero out emissions.

CAT bases its forecast on the more detailed targets for 2030 emissions that Paris signatories need to submit to the United Nations this year. There’s still a gap between those short-term targets and what’s needed to rein in global warming, the report said.

Ambitious targets need to be supported by policies, according to the group, which estimates that the world would warm 2.9ºC if only current measures are implemented.