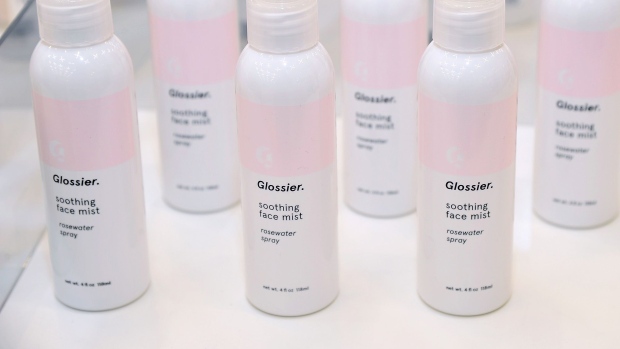 (Bloomberg) -- Glossier Inc. Chief Executive Officer Emily Weiss is stepping down from the top role at the beauty brand she founded and ran for the past eight years.

Kyle Leahy, a former executive at Cole Haan and Nike Inc. who joined Glossier as chief commercial officer in November, will take over as CEO effective immediately, Weiss said in an interview.

Weiss, who is preparing to go on maternity leave, said she’d considered the move for some time and will exit her day-to-day role to lead the Glossier board as executive chairwoman. She plans to remain involved in decision-making on product, marketing and retail upon her return. Glossier Chief Marketing Officer Ali Weiss, no relation to Emily, will leave her position as well, in July.

“There’s probably never a perfect time to make such a big change,” Emily Weiss said. “I smile saying that. It’s a big shift and yet somehow, honestly, it just felt very natural.”

Glossier has undergone a significant restructuring this year. In January, it laid off more than a third of its corporate workforce, more than 80 people, including much of its tech team. After the cuts, Weiss told the staff that management had made some errors as the company hired too many employees and became “distracted” with other projects. She said Glossier had invested a lot in building proprietary technology for its digital platform.

Since then, Glossier has moved to refocus on its beauty business, selling its serums, mascara and lipstick. In April, it made a splash by signing teenage pop star Olivia Rodrigo to a long-term deal to link up on promotion and product development. Glossier now has a section of its website devoted to the 19-year-old sensation, who in the past year has set streaming records on Spotify and won three Grammy Awards with her debut album.

Most of Glossier’s sales remain through e-commerce, and Leahy said her priority is to build the infrastructure needed to meet demand. She plans to extend Glossier’s distribution through wholesale partners globally, which the company has long shied away from in favor of its own website. Glossier will also open more stores, in addition to its four permanent shops in Los Angeles, Seattle, Miami and London.

“We’ve built brand demand through our own channel, as a direct-to-consumer business,” Leahy said. “We see there’s now opportunity for us to take that brand, expand upon it and bring it to more people in more places.”

Weiss, a former stylist and beauty writer, started Glossier as an offshoot of her beauty blog Into the Gloss in 2014. Early on, she got her products into the makeup cabinets of celebrities like Kim Kardashian and Karlie Kloss. Glossier (pronounced glossy-ay) shook up the beauty business by selling items online-only in an industry that has always prioritized in-person trials, whether at a department-store beauty counter or specialty shop. It was all boosted by savvy influencer marketing and packaging that defined the “Millennial Pink” trend.

Executives declined to share revenue figures for last year, though the company previously said it first broke $100 million in sales in 2018. The company has raised more than $260 million to date, with its most recent round valuing the business at $1.8 billion last July. Investors include hedge fund Lone Pine Capital and venture firms Sequoia Capital, Forerunner Ventures and Index Ventures SA. Management isn’t currently seeking additional funding.

Buzz about a potential initial public offering has softened since executives first brought up the idea in 2018. Leahy said the company is concentrating on building an “enduring, self-sustaining business.”

“We have several runways for growth,” Leahy said. “Ultimately it’s about making sure that we have the right flying formation and organization to do that.”