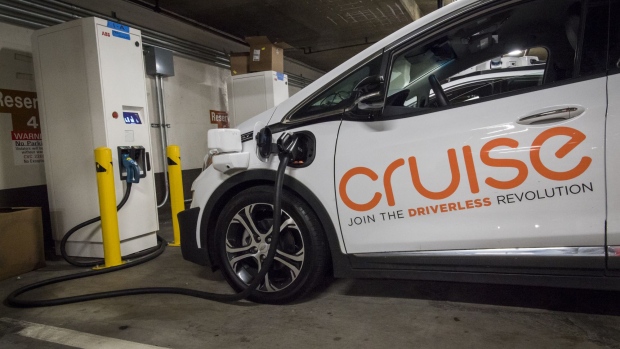 General Motors Co. and Microsoft Corp. are leading a US$2 billion investment round in self-driving car startup Cruise LLC in a deal that will bring the software giant’s cloud and edge-computing capabilities to the venture. Shares of GM surged on the news.

The additional funds will raise Cruise’s post-investment valuation to an estimated US$30 billion, up from US$19 billion when T. Rowe Price Associates Inc. invested in the company in 2019, Cruise said in a statement Monday. Cruise partner Honda Motor Co. and other institutional investors are also participating in the new round.

The partnership with Microsoft gives Cruise, which is majority owned by GM, a major software player in its corner and one with deep pockets. That will help the company compete in the race to commercialize autonomous driving with Waymo, which has access to the software capabilities of parent Alphabet Inc.

Cruise was forced to push back an overly aggressive goal for deployment by 2019, but efforts to develop self-driving vehicles have picked up pace in recent months. California has approved more robotaxi testing on public roads and granted its first commercial permit for autonomous-vehicle deliveries last month to startup Nuro Inc.

Word of the collaboration propelled GM’s stock to new highs, fueling a rally the company has enjoyed as Chief Executive Officer Mary Barra bets heavily on next-generation auto technology such as self-driving and electric vehicles. Shares of GM paired a gain of as much as 10 per cent, trading up 9.7 per cent to US$54.85 as of 12:53 p.m. in New York. Microsoft rose 1 per cent to US$214.83.

Cruise will be able to use Microsoft’s Azure cloud-computing platform to manage its self-driving vehicle network. Azure will handle data and mapping, as well as enable cars to communicate with Cruise’s back office and customer-facing app for ride-hailing. It’s a vital piece of software infrastructure that Cruise needs to build its planned commercial robotaxi service.

“Our mission to bring safer, better and more affordable transportation to everyone isn’t just a tech race - it’s also a trust race,” Dan Ammann, Cruise’s chief executive officer, said in a statement. “Microsoft, as the gold standard in the trustworthy democratization of technology, will be a force multiplier for us as we commercialize our fleet of self-driving, all-electric, shared vehicles.”

Cruise plans to charge fares for its service. The next step would be to seek approval from California.

The deal is a big boost for Cruise because it brings in more cash at a time when some autonomy startups have been falling by the wayside due to lack of funding, said Sam Abuelsamid, principal research analyst with Guidehouse Insights. Microsoft’s cloud platform is an essential piece for Cruise to successfully manage a commercial fleet, he added.

“Having a robust cloud platform will be key to commercializing this technology,” Abuelsamid said in a phone interview. “You have to have the ability to dispatch and monitor all of the fleet.”

Last year, autonomous trucking startup Starsky Robotics shut down due to lack of cash, and Zoox Inc. sold to Amazon.com Inc. after failing to secure a new round of funding.

“A handful of front-runner AV companies that look most likely to win are attracting substantially all of the best human capital and a huge chunk of the financial capital,” Cruise President and Chief Technical Officer Kyle Vogt said in a tweet Tuesday. “That is how a company without millions of customers can be valued at US$30 billion. We’ve made some incredible progress towards this vision, but there is much left to do. Back to work!”

In November, the GM-owned company partnered with Walmart Inc. for a pilot experiment using driverless vehicles for deliveries of retail orders. Walmart has similar tests with Cruise rivals Waymo and Nuro.