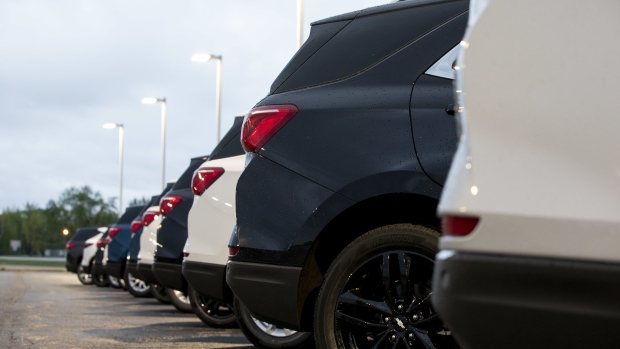 2021 Chevrolet vehicles on a lot at the Green Chevrolet dealership in East Moline, Illinois, U.S., on Monday, May 3, 2021. General Motors Co. is scheduled to release earnings figures on May 5. Photographer: Daniel Acker/Bloomberg , Bloomberg

(Bloomberg) -- General Motors Co. expects to earn around $14 billion in pre-tax profit this year, which is more than the guidance the automaker previously provided to Wall Street analysts, the company’s chief financial officer said Wednesday.

Sales have been strong and GM has been able to navigate the semiconductor shortage to mitigate lost production, CFO Paul Jacobson said during an event hosted by Credit Suisse.

The company had previously told analysts it expected to make $11.5 billion to $13.5 billion in earnings before interest and taxes.

Jacobson said the carmaker’s fourth-quarter performance has been strong and should lead to earnings beyond its previous suggestion that profit would be at the high end of the range.