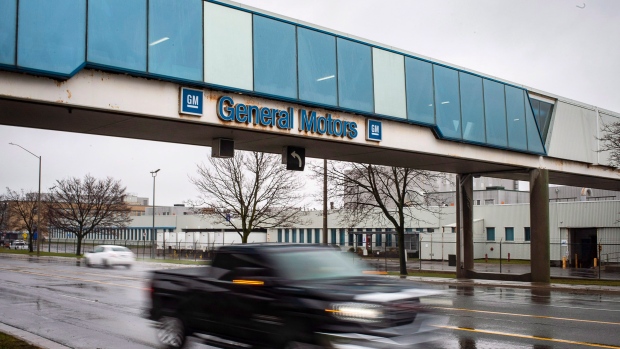 Bell says that even after the wind-down of the assembly line in Oshawa last year, the Canadian branch of GM continued to push for Oshawa internally during discussions to expand the truck business.

GM union workers approved a deal earlier this month that included a $1 billion to $1.3 billion investment in Oshawa with the expected hiring of 1,400 to 1,700 hourly workers.

When the deal was announced, Unifor national president Jerry Dias said he never gave up hope that he could convince GM to revive the plant east of Toronto, which last December was downsized to 300 workers, down from 2,600.

While Unifor's recent deal with Ford Motor included millions from the federal and provincial governments, Bell says that GM was still in discussions with the Ontario government as recently as yesterday.

Bell says government help could allow GM to start hiring faster, although the construction now underway in Oshawa is already one of the fastest plant transformations in GM history.