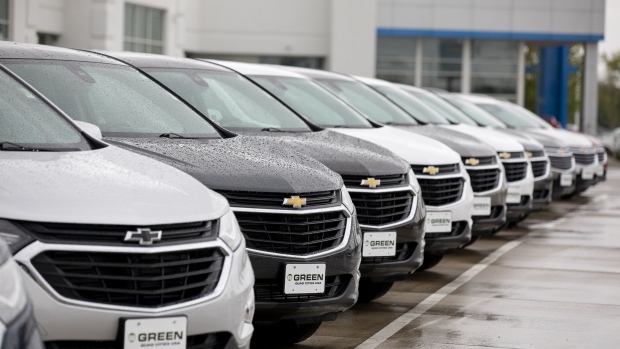 (Bloomberg) -- General Motors Co. expects second-quarter sales and profit to take a hit due to supply chain problems, but the automaker said it can make up for delayed production later this year and reaffirmed its full-year guidance.

GM had 95,000 vehicles in inventory as of June 30 -- most of which were built in June -- that can’t be sold until certain semiconductors arrive to finish assembly, it said Friday in a securities filing. The carmaker expects to finish building those vehicles by the end of the year, which will keep its full-year guidance intact.

The Detroit-based company said second quarter profit will come in between $1.6 billion and $1.9 billion, which is below consensus estimates of $2.4 billion.

GM shares were temporarily halted in pre-market trading before the news was released. The stock then fell 2.6% when trading resumed to $30.98 as of 9:13 a.m. in New York.