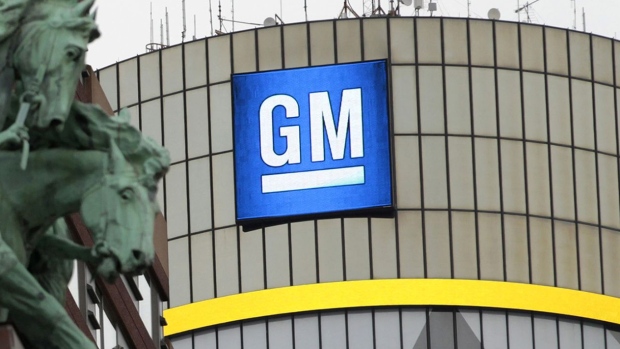 General Motors Co. Chief Executive Officer Mary Barra is finally delivering the share-price gains that have eluded an otherwise successful seven-year run atop the Detroit automaker as investors give her electric-vehicle plans credibility.

The stock closed at a record US$47.82 a share Tuesday -- 45 per cent above its post-bankruptcy initial public offering price of US$33 in November 2010 and up about 15 per cent this year -- after the company detailed an expanded push into electric vehicles with new luxury and commercial models.

Under Barra, GM has reported record profits in recent years and kept the company solidly in the black -- even as sales have been hurt by a 40-day strike in 2019, pandemic-related shutdowns earlier this year and softer demand in the U.S. and China. But investors have been skeptical about GM’s ability to achieve sustainable growth, and its shares have stayed below US$40 for much of her tenure. 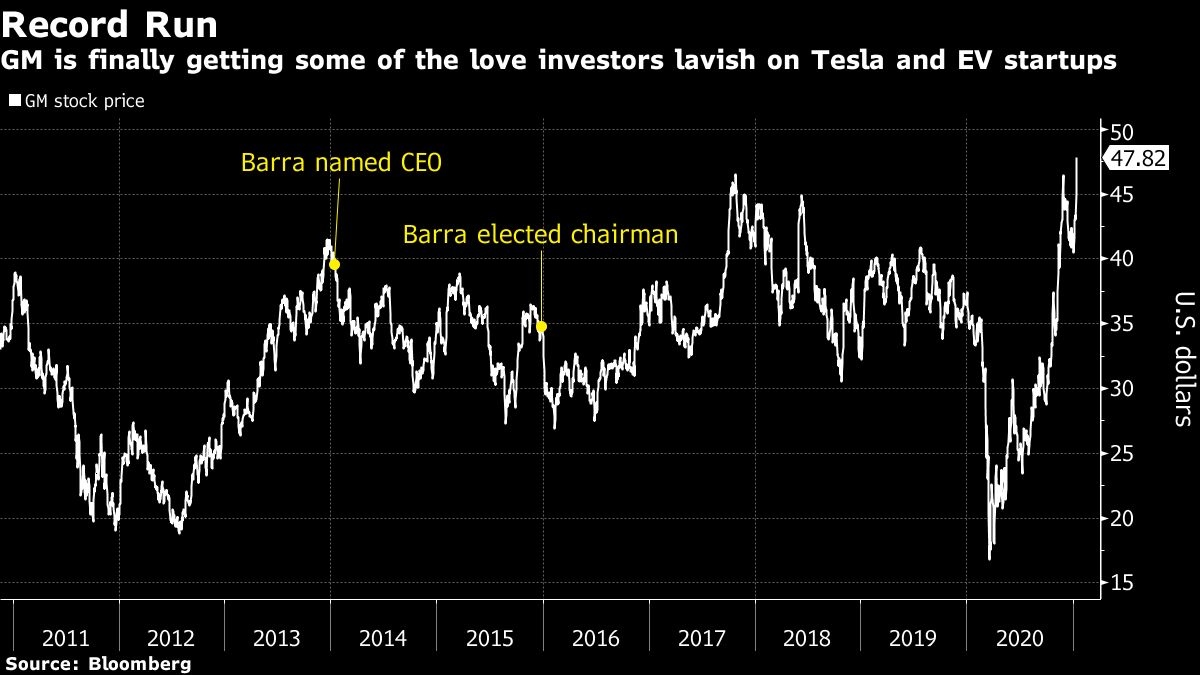 They last climbed above US$46 in October 2017, when growing profits from sport-utility vehicles and GM’s investment in self-driving technology caught investors’ attention.

GM’s shares fell to a post-IPO low of less than US$17 in March last year as GM and other automakers closed factories to slow the spread of the coronavirus. The company’s stock has recovered in the months since then.

Barra’s move in November to boost investment in electric vehicles by 35 per cent to US$27 billion in the next five years spurred further gains. GM finally appears to be getting some of the love investors have lavished on electric market leader Tesla Inc. and a slew of EV startups that have yet to make a profit.

The automaker’s plan to roll out 30 EVs by 2025 “could hurt the steep sales ramp that Tesla needs to achieve in order to justify its valuation,” Needham & Co. analyst Rajvindra Gill suggested in a recent research note. Tesla’s market cap now tops US$800 billion, dwarfing its Detroit-based rival’s valuation of about US$68 billion.

GM suspended its dividend last April, but has said it plans to reinstate it by mid-2021.