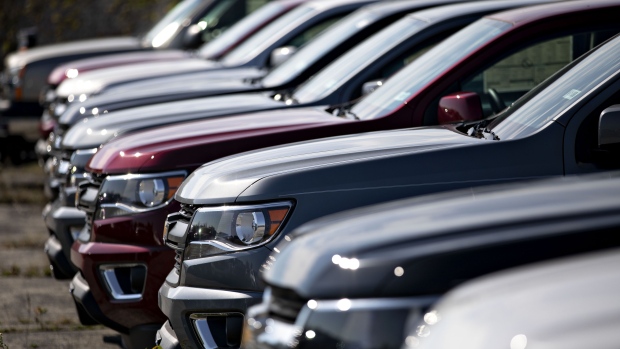 General Motors Co. reported stronger-than-expected profit growth in the first quarter on robust vehicle demand in the U.S. and China even as a shortage of semiconductors curtailed production.

The Detroit-based automaker posted adjusted profit of US$2.25 a share Wednesday, beating a consensus estimate of US$1.08. GM attributed the healthy performance to booming sales of full-size and higher-margin sport utility vehicles and pickup trucks.

“These strong results demonstrate once again the underlying strength of our business, especially in North America and China,” Chief Executive Officer Mary Barra said in a letter to shareholders.

GM left its full-year earnings forecast unchanged despite the chip-procurement issues bedeviling the industry. It now expects earnings to be “at the higher end” of its earlier projection adjusted Ebit of US$10 billion to US$11 billion, or US$4.50 to US$5.25 per share.

“The company is highly confident in its full-year 2021 guidance outlined earlier this year as it works to manage through the semiconductor shortage, which is impacting automakers globally,” the company said in a separate statement.

Shares of the company rose 3.5 per cent to US$57.30 in premarket trading. The stock had risen about 33 per cent so far this year as of Tuesday.

Automakers have been forced to cut output as they scour their supply chains to secure semiconductors as buyers emerge from pandemic lockdowns and snap up sport-utility vehicles and pickups.

GM said the chip shortfall, which has caused shutdowns at multiple plants, would continue to weigh on output this quarter. But it let stand a previous estimate for a hit of US$1.5 billion to US$2 billion.

Barra said the automaker’s supply chain and manufacturing teams have worked to minimize the disruption by “maximizing production of high-demand and capacity-constrained vehicles.”

Ford Motor Co. saw its stock tumble last week after it said planned production would be halved in the second quarter and that it forecast a US$2.5 billion EBIT reduction from the chip shortage.

GM’s revenue came to US$32.47 billion in the first quarter, slightly below the consensus estimate for US$32.77 billion.

GM’s North American operations grew strongly, making US$3.1 billion in profit compared with US$2.2 billion a year ago.

The company said its business in China, the world’s largest car market, earned US$308 million equity income through its joint ventures. That was up from a loss of US$167 million a year ago.