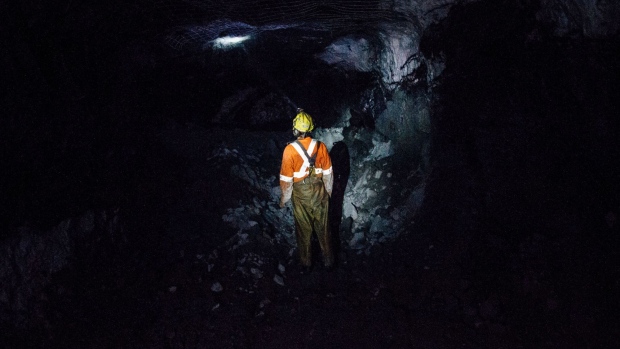 (Bloomberg) -- A number of gold deals have been announced in recent years during the annual industry gathering in Denver, including 2018’s takeover of Randgold Resources. This year, the buzz is focused on consolidation potential among mid-tier producers, according to one precious-metals veteran.

“There was a lot of gossip around the bar last night about what might be announced this morning,” said David Garofalo, who ran Goldcorp before it was gobbled up by Newmont Corp. and now heads Gold Royalty Corp. “That’s been the custom here.”

Nothing has been announced yet. But Garofalo, attending his first physical conference since the start of the pandemic, sees deal-making among medium-sized producers as long overdue after a spate of tie-ups among the world’s biggest bullion suppliers.

That’s because of shrinking reserves and mine lives as a result of years of under-investment in exploration and development, coupled with the prospect of rising production costs and inflation more broadly.

“We’re headed for some pain in the mine operating side of the business,” with companies likely to combine operations to seek cost savings, he said.

To be sure, some of the same factors fueling inflation -- such as low interest rates and pandemic stimulus -- are positive for gold prices, which Garofalo said are heading toward $3,000 an ounce, from about $1,800 now.

Another segment of the market that’s ripe for further consolidation, according to Garofalo, is royalty companies that offer upfront payments in exchange for the right to a percentage of production or revenue. His company, Gold Royalty, went public earlier this year and announced the takeover of Abitibi Royalties and Golden Valley earlier this month.

With royalty and streaming companies seen as a source of cheap financing to get projects off the ground -- including industrial-metal operations that also produce precious metals as byproducts -- a wave of companies have entered the market.

“There’s scope for significant consolidation in the royalty space in that sub-$1 billion market cap category,” Garofalo said. “We’ve been very, very active and we’ll continue to be so.”