Gold advanced toward a six-year high after a U.S. airstrike killed one of Iran’s most powerful generals, ratcheting up tensions in the Middle East and driving demand for havens.

Bullion rallied as much as 1.5 per cent to US$1,551.52 an ounce in the spot market, reaching the highest since September. Platinum futures briefly topped US$1,000 an ounce to touch the highest since early 2018 in New York, while silver and other haven assets rose.

The strike in Baghdad ordered by President Donald Trump killed Qassem Soleimani, the Iranian general who led the Revolutionary Guards’ Quds force. Iran’s supreme leader vowed “severe retaliation.” The news helped gold to build on the biggest annual gain in almost a decade, a rally that was driven by a weaker dollar, lower real rates and geopolitical concerns. 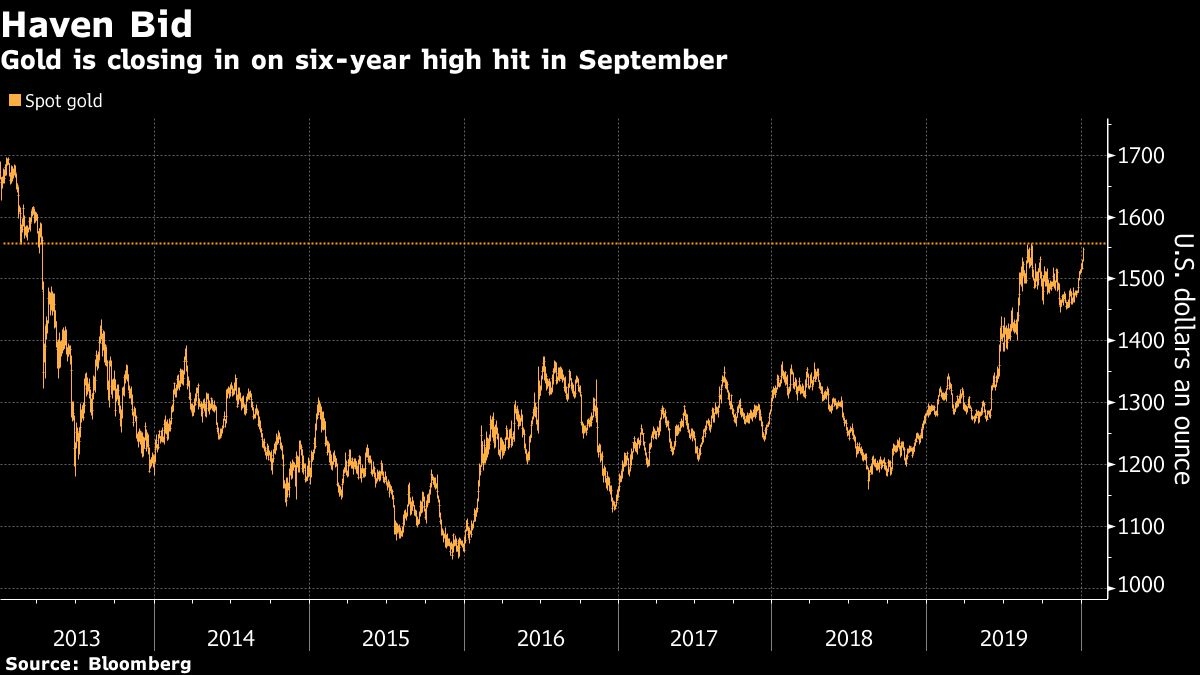 “Market players are now afraid that this marks another level of escalation in a region that is characterized by tension,” Daniel Briesemann, an analyst at Commerzbank AG, said by phone Friday. “The U.S. airstrike in Iraq, that’s the one and only driver of gold prices today.”

Last year’s advance marked a positive shift in investor attitude toward gold, according to RBC Capital Markets, which predicted further gains this year and next. Goldman Sachs Group Inc., Citigroup Inc. and UBS Group AG have said they’re looking for US$1,600 an ounce. 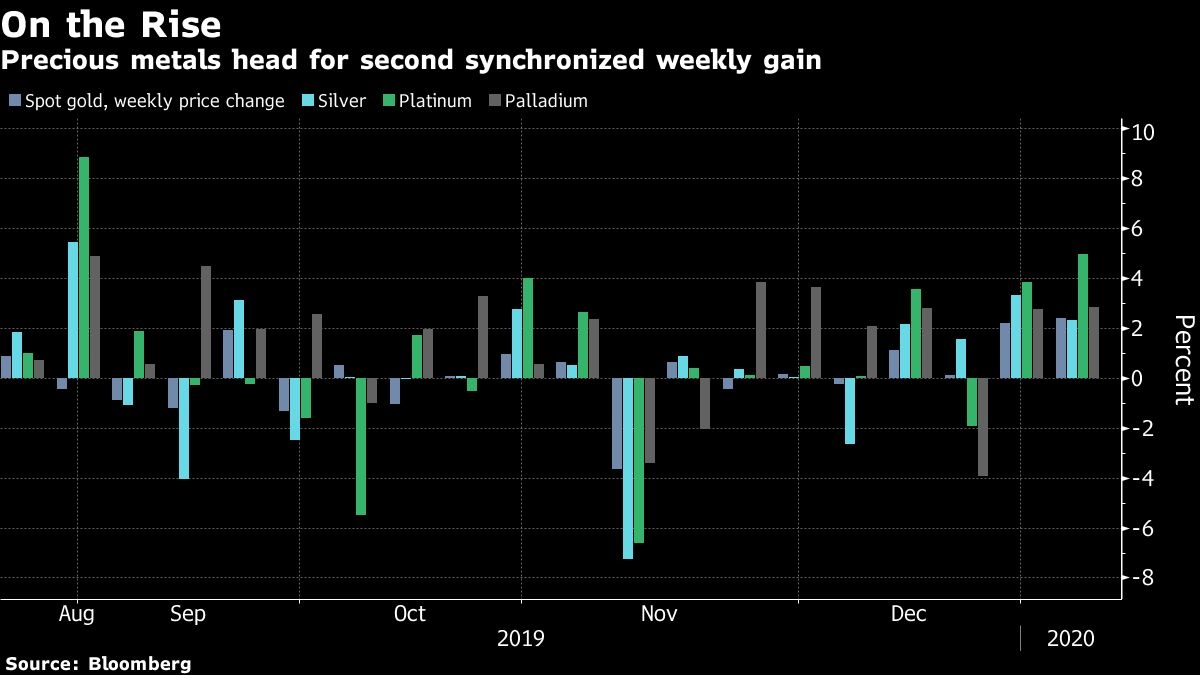 “Today’s event has probably only brought forward the inevitable test of the September high,” said Ole Hansen, head of commodity strategy at Saxo Bank A/S. “Rising inflation concerns through higher input prices — oil and food — combined with geopolitical uncertainty is a potent cocktail which supports a market already on the move.”

January is historically gold’s best month, according to Bloomberg Intelligence commodity strategist Mike McGlone, with an average advance of 2.7 per cent over the past 20 years. The metal will approach US$1,600 by February if it matches the 5.2 per cent average increase of the past five years, he said.

Still, geopolitics typically doesn’t have a lasting impact on gold unless broader consequences for the economy or financial markets arise, said Carsten Menke, an analyst at Julius Baer.

Gold extended gains after the latest U.S. ISM manufacturing data showed the weakest monthly performance since the end of the recession, according to a report Friday. That strengthens the case for owning bullion as a hedge against dimming growth outlook.

The purchasing managers’ index fell to 47.2 in December from 48.1, missing estimates for a rise in a Bloomberg survey of economists.

Next up, investors await minutes from the Federal Reserve’s last policy-setting meeting due later on Friday.

--With assistance from Justina Vasquez.