Gold extended gains as geopolitical tensions between the US and China intensified, boosting haven demand.

Bullion is hovering near a four-week high as the fallout from US House Speaker Nancy Pelosi’s visit to Taiwan keeps markets on edge. While anxiety eased somewhat after the trip ended, China has since started military drills in areas surrounding the island.

Gold rose even after Federal Reserve officials pledged the central bank would continue an aggressive fight to cool soaring inflation. The Bloomberg Dollar Spot Index extended a dip in the red after slipping earlier on Thursday. China fired 11 Donfeng ballistic missiles into waters surrounding Taiwan in the biggest test in decades. 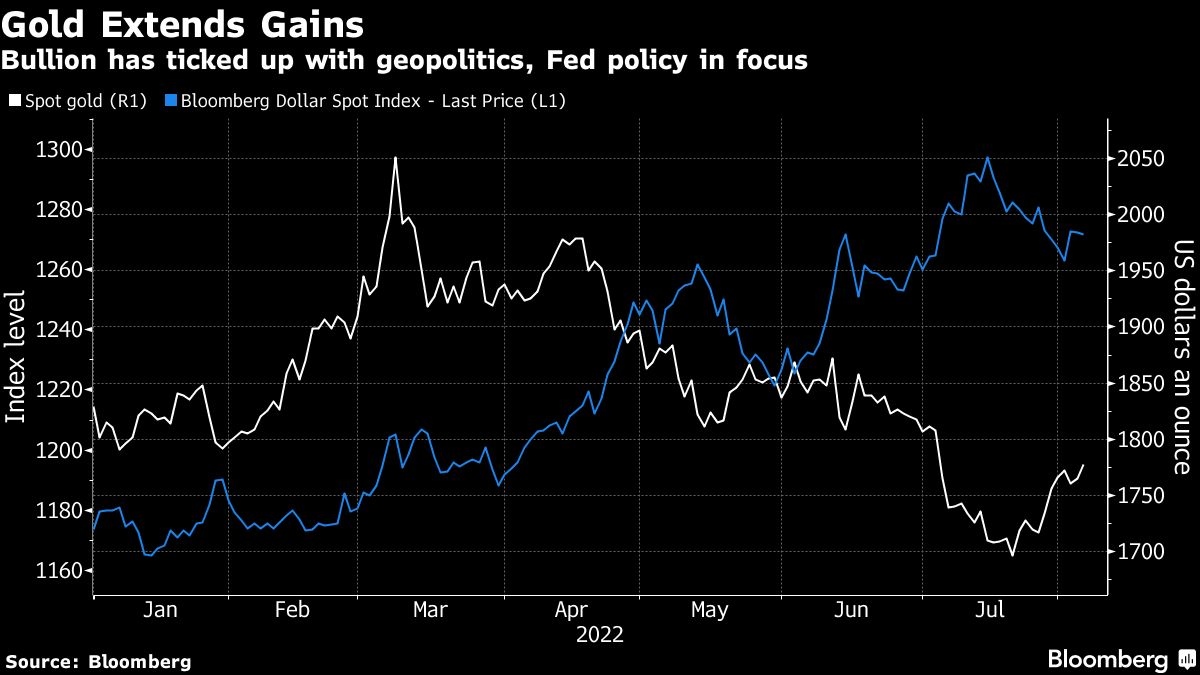 “Gold is pushing higher again this morning as yields ease off this week’s highs and the dollar softens,” Craig Erlam, a senior analyst at Oanda Corp., said in a note. Recession fears may also support bullion as they could “trigger safe-haven flows,” he said, suggesting a push toward US$1,800 is possible.

Investor sentiment toward bullion may be turning after a selloff in July, according to Rhona O’Connell, an analyst at StoneX. Still, recent price moves “aren’t much more than a correction from the recent falls,” she said.

“The technical parameters are all much more positive than hitherto and this will be helping,” O’Connell said in an interview. “ETFs are seeing some light buying, which may also influence sentiment.”

Spot gold climbed 1.4 per cent to US$1,790.32 an ounce as of 1:36 p.m. in New York, its highest intraday level since July 5. Gold contracts were up 1.7 per cent on the Comex. All other precious metals advanced, with platinum leading at a 3.3 per cent increase.