If the U.S. dollar breaks down, gold could be the best-performing asset class: Greg Taylor

Gold slid on renewed strength in the U.S. dollar, after a rally triggered by the Bank of England’s decision to unveil a bond-buying program to boost UK bonds.

The metal fell as much as 1.1 per cent on Thursday, with higher Treasury yields adding to the pressure. Bullion has suffered in the past two weeks as the greenback strengthened to record levels, hitting its lowest level in more than two years earlier in the week. 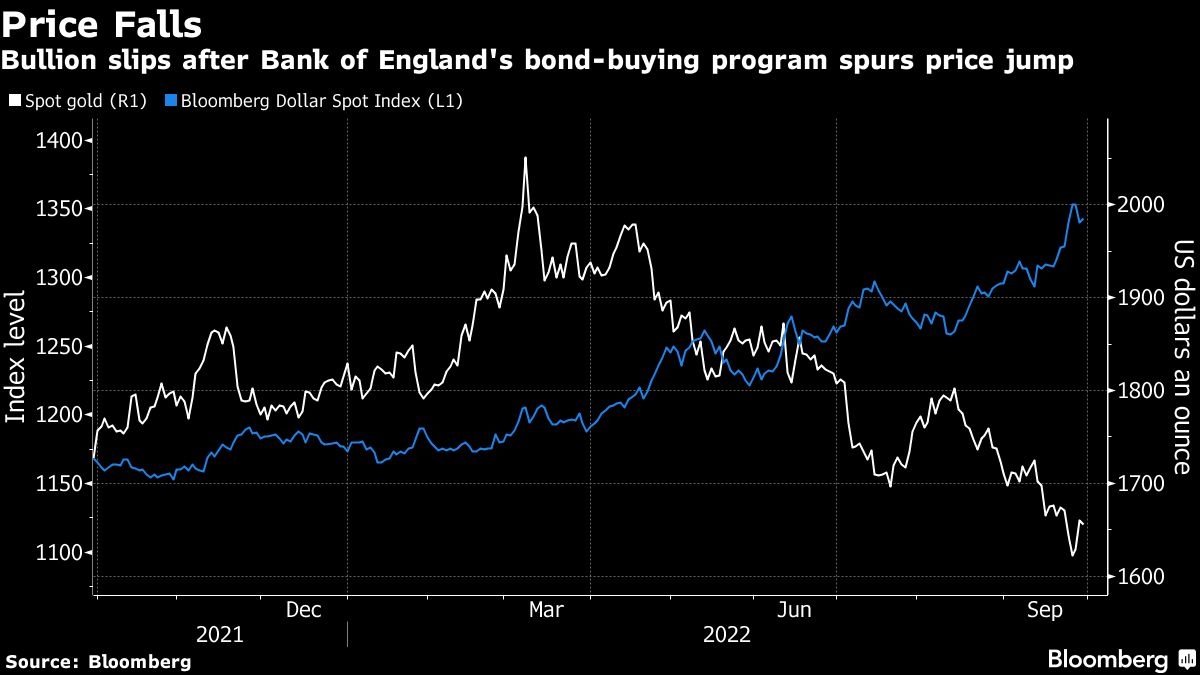 Then the UK central bank’s intervention spurred declines in the dollar and Treasury yields, providing relief for gold which is priced in the greenback. Bullion rose 1.9 per cent in Wednesday’s trading session, clocking the biggest daily gain since early March.

Sentiment for the bullion market remains bearish as the Federal Reserve signals it will keeping increasing rates, with holdings in gold-backed exchange-traded funds slumping to the lowest since May 2020. Inflation-adjusted Treasury yields, a crucial driver for bulllion prices, are near the highest in a decade.

“The rise in real yields is a real headwind for gold,” said Adrian Ash, head of research at BullionVault. “It’s its kryptonite.”

Spot gold slipped 0.9 per cent to US$1,645.40 an ounce at 10:22 a.m. in London. The Bloomberg Dollar Spot Index gained 0.5 per cent, following its 1 per cent slide in the previous session. Silver and platinum fell, while palladium steadied.

Later Thursday is data on initial US jobless claims, which will provide an indication of the strength of the labor market. It’s proved incredibly resilient even as the Fed tightens policy, providing no let up on inflation pressures.