Gold advanced after U.S. inflation data came in lower than expected, easing concerns that the Federal Reserve will be forced to pare back its bond buying soon. Palladium extended a slide.

The consumer price index increased 0.3 per cent from July, the smallest advance in seven months, according to a government report Tuesday. The dollar declined and Treasury yields slipped, boosting demand for non-interest-bearing bullion.

Bullion has come under pressure this year on concerns pandemic-era stimulus programs will soon be tapered as the global economy recovers. Last year, the metal surged to a record high on a wave of investor money, much of which has since been clawed back. 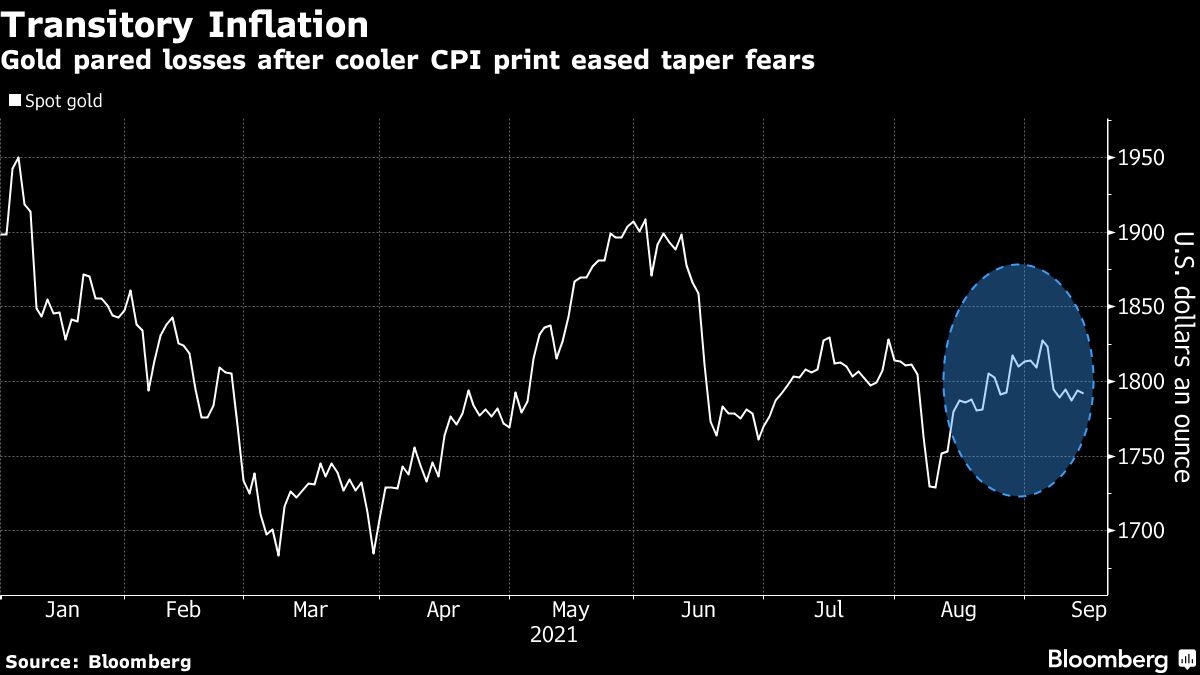