Central bank officials reiterated that they expect transitory rather than lasting price pressures from the U.S. economic rebound, damping speculation around any push to tighten policy. Declines in Treasury yields also underpinned gains in precious metals. Bullion has risen in eight of the past nine sessions.

After slumping through the first quarter of 2021, gold is on the way to its biggest monthly gain since July, with a weakening dollar and lower bond rates helping boost demand for the non-interest-bearing metal. Investors are also returning to bullion as a store of value as inflation worries threaten to undercut economic growth. Gold got an extra boost Tuesday as a drop in U.S. home sales added to its appeal as a haven.

“You have that slight miss on the U.S. data, and bond yields are creeping lower,” said Bob Haberkorn, senior market strategist at RJO Futures. “That’s helping gold. Gold is just acting as a safe haven today.” 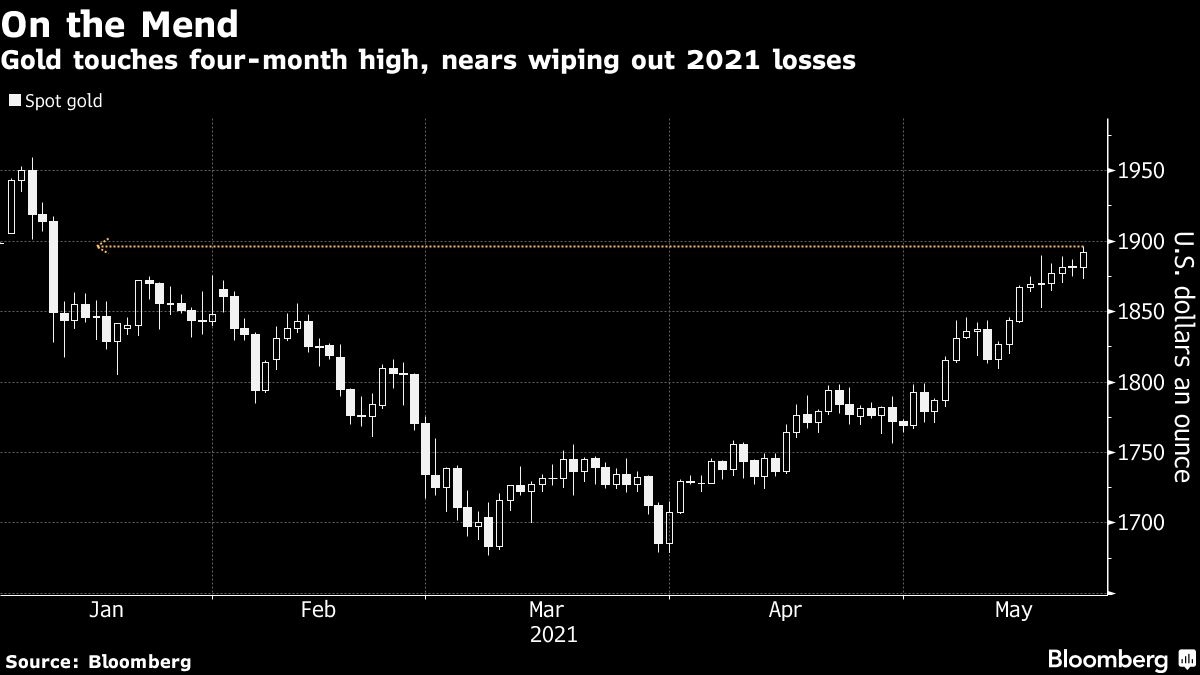 Spot gold rose 1 per cent to US$1,899.25 an ounce on Tuesday, the highest since early January. The metal is now up slightly for the year after touching a nine-month low in March. Futures for August delivery on the Comex rose 0.7 per cent to settle at US$1,900.50 an ounce on the Comex in New York, erasing declines for 2021.

Most major groups in the S&P 500 fell following the home-sales report. Separate figures showed that consumer confidence dropped for the first time this year, with inflation concern and elevated unemployment likely curbing improvement in sentiment.

“Gold rallying through US$1,900 to its best levels since early January behind a strong bond rally and a teetering dollar has opened the door wide to a re-test of key resistance at US$1,960,” said Tai Wong, head of metals derivatives trading at BMO Capital Markets.