We would be buyers of any kind of correction in gold: Phillip Streible

Gold declined -- after surging past US$1,700 an ounce on Tuesday -- as traders weighed whether the US central bank may moderate its hawkish stance after the release of weak U.S. data.

The metal ticked lower Wednesday as the dollar and Treasury yields rose, after gaining almost 4 per cent in the previous two sessions. A worse-than-expected U.S. manufacturing gauge and a decline in U.S. job openings have helped push bullion up through a key technical level, marking a shift in market sentiment. 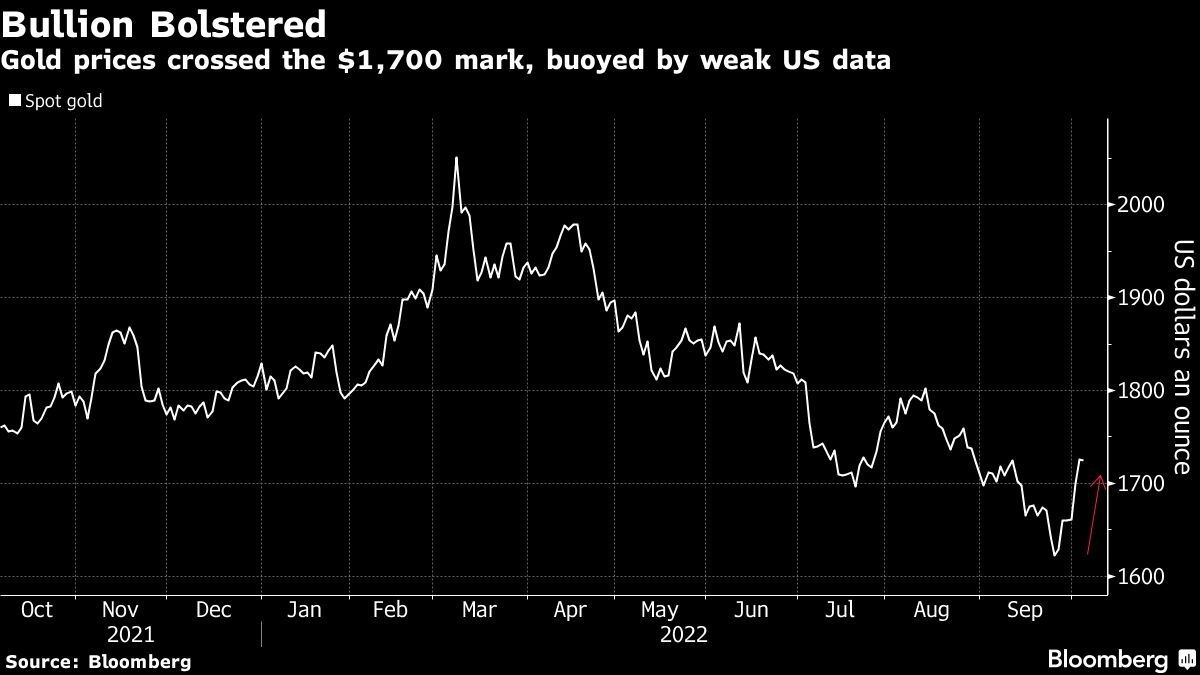 The weaker prints have heightened expectations the Federal Reserve may slow its aggressive rate-hiking path, which would increase the appeal of gold that doesn’t offer any interest. More employment data due this week -- including the ADP Research Institute’s on Wednesday-- may offer clues on the likely tightening trajectory.

“Gold’s bottom is in place now that the US is showing clear signs the labor market is softening,” Ed Moya, senior market analyst at Oanda, said in a note. As long as the U.S. nonfarm payrolls do not see an “extraordinary strong print,” gold should remain supported and may test US$1,750 an ounce, he said.

Focus will also be on the reaction of Fed officials to the data. Neel Kashkari and Raphael Bostic both speak later on Wednesday, though neither vote on monetary policy this year.

Spot gold declined 0.6 per cent to US$1,715.41 an ounce as of 9:07 a.m. in London. The Bloomberg Dollar Spot Index gained 0.3 per cent following Tuesday’s one per cent slide. Silver and platinum fell, while palladium was steady.