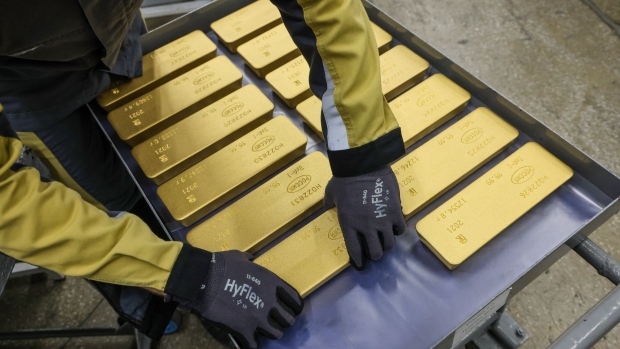 A worker loads 12,5 kilogram gold ingots onto a trolley ready for distribution at the JSC Krastsvetmet non-ferrous metals plant in Krasnoyarsk, Russia, on Monday, July 12, 2021. Gold headed for its second decline in three sessions as strength in the dollar and equities diminished demand for the metal as an alternative asset. Photographer: Andrey Rudakov/Bloomberg , Bloomberg

Gold jumped to a seven-week high after a report showed the U.S. economy added fewer jobs than forecast, easing concerns that the U.S. Federal Reserve will soon pare back stimulus. Nickel and aluminum led gains in most base metals.

Data on Friday showed the U.S. nonfarm payrolls increased 235,000 in August, the smallest gain in seven months and well below economists’ forecasts. The dollar fell after the report, boosting demand the appeal of metals for investors holding other currencies.

Bullion has struggled this year amid a global economic rebound from the pandemic, which has raised the prospect of central banks reining in massive monetary stimulus. Friday’s U.S. jobs print will ease those concerns, and may reflect growing fears about the rapidly spreading delta variant of COVID-19.

The jobs report “will be perceived by commodity traders as preventing the Fed from taking aggressive action to reduce monetary accommodation, even as labor costs risk driving aggregate prices higher,” Bart Melek, head of commodity strategy at TD Securities, said in a note. 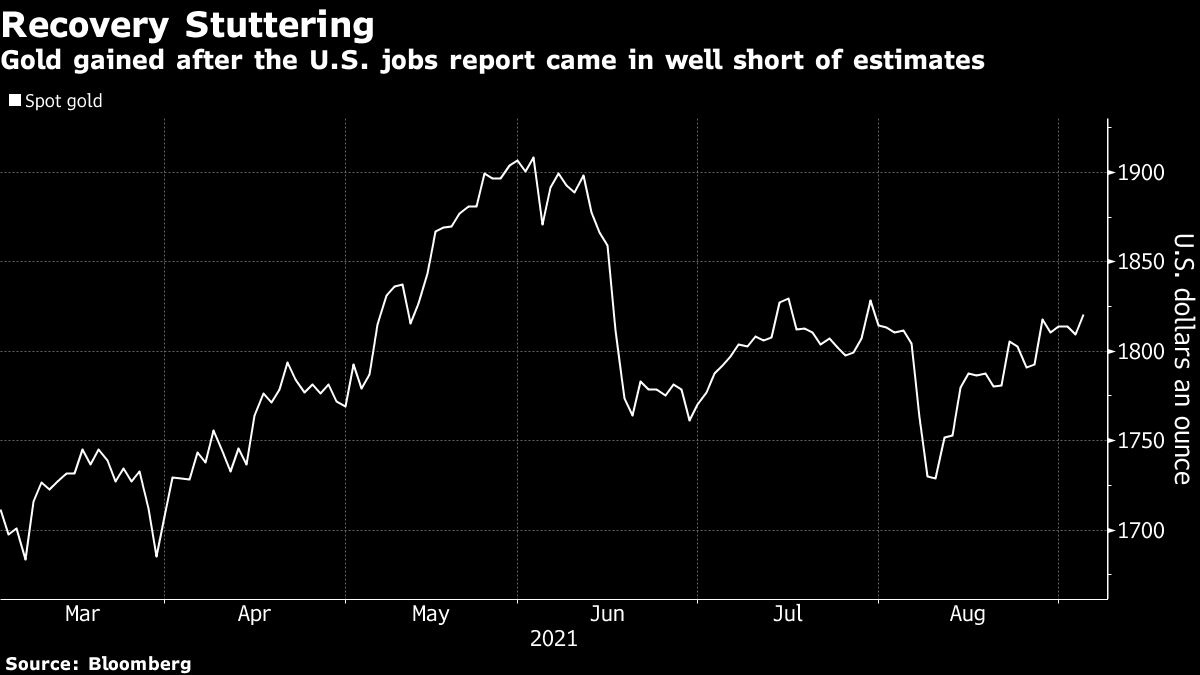 The focus will now turn to economic data released ahead of the Fed’s meeting later this month. Any more indications that the U.S. recovery is stuttering may give the central bank cause to delay tapering its asset purchases. Chair Jerome Powell said last week a reduction in monthly bond purchases could begin this year, with the labor market making “clear progress.”

In base metals, aluminum added 1.2 per cent to settle US$2,727 a metric ton on the London Metal Exchange, posting a second straight weekly gain. The metal climbed to a 10-year high this week as Chinese supply was constrained by an electricity savings drive. Copper rose 0.6 per cent and nickel advanced 1.7 per cent on Friday for its biggest weekly gain since June. Tin and lead dropped.