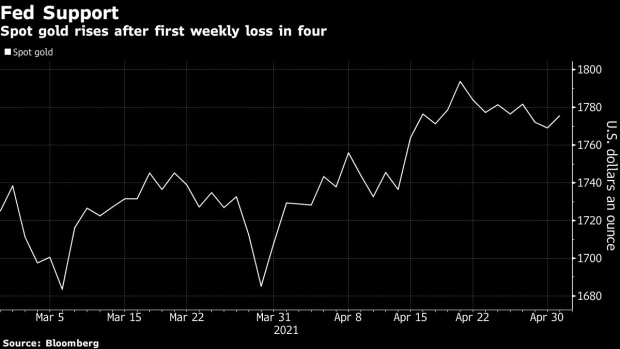 President Joe Biden’s economic plan is unlikely to create inflation pressure in the U.S. because the boost to demand will be spread over a decade, Yellen, the former Federal Reserve chair, said Sunday on NBC’s “Meet the Press.”

The precious metal, which is down 6.5% this year, has clawed back some gains over the past month as central banks, including the U.S. Fed last week, stick to dovish monetary policies. While the Fed said signs of inflation were transitory, assuaging fears of an early rate hike, strong U.S. economic data continues to pressure havens.

“The U.S. Federal Reserve vowing to continue with its dovish approach amid a lower greenback,” might provide some support for gold, according to Angel Broking Ltd.’s analysts Prathamesh Mallya and Yash Sawant.

Japan, China and the U.K. are among the markets closed for holidays on Monday.