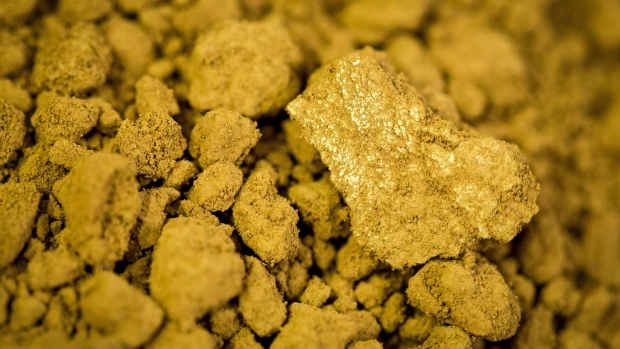 (Bloomberg) -- Gold headed for the biggest weekly gain in more than three months as investors awaited the the final outcome of the U.S. election amid the prospect of further stimulus.

President Donald Trump questioned the credibility of the U.S. election, complaining that public polls had overstated Joe Biden’s lead in many battleground states and the ongoing count of mail-in votes was eroding his lead in Pennsylvania and Georgia. Trump gave a statement to reporters at the White House on Thursday.

Meanwhile, Federal Reserve Chair Jerome Powell opened the door to a possible shift in the central bank’s bond purchases in coming months, saying that more fiscal and monetary support are needed as rising Covid-19 infections cloud the outlook for the economic recovery. The Fed kept interest rates near zero and held bond purchases at a $120 billion monthly pace at its meeting ending Thursday. The U.S. non-farm payrolls report is due Friday.