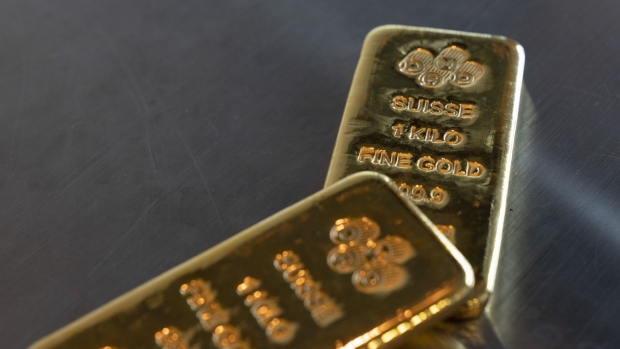 A Pamp SA hallmark sits on Swiss-made one kilogram gold bars on display at the Precious Metals Exchange (SGPMX) at Le Freeport in Singapore, on Tuesday, Sept. 15, 2020. Gold is having trouble building on gains that pushed it to a record $2,075.47 an ounce last month, posting weekly losses in three of the past four weeks. , Bloomberg

Gold headed for the first weekly decline this month as investors weighed the outlook for fresh U.S. stimulus and rising coronavirus cases in Europe.

Treasury Secretary Steven Mnuchin told House Speaker Nancy Pelosi Thursday that U.S. President Donald Trump would lobby personally to get reluctant Senate Republicans behind any deal that they reach. Pelosi told Democratic colleagues that a divide persists with the White House in negotiations. The dollar has held up during the stalemate, while surging virus cases in Europe lifted the greenback on demand for an investment haven.

“The yellow metal is now tracking closely to other momentum-crash precedents, which suggest continued range-bound markets and consolidation until the next catalyst,” TD Securities analysts led by Bart Melek said in a note. Bullion may be prone to “a CTA liquidation” with the trigger to spur some selling at US$1,893 an ounce, they said. 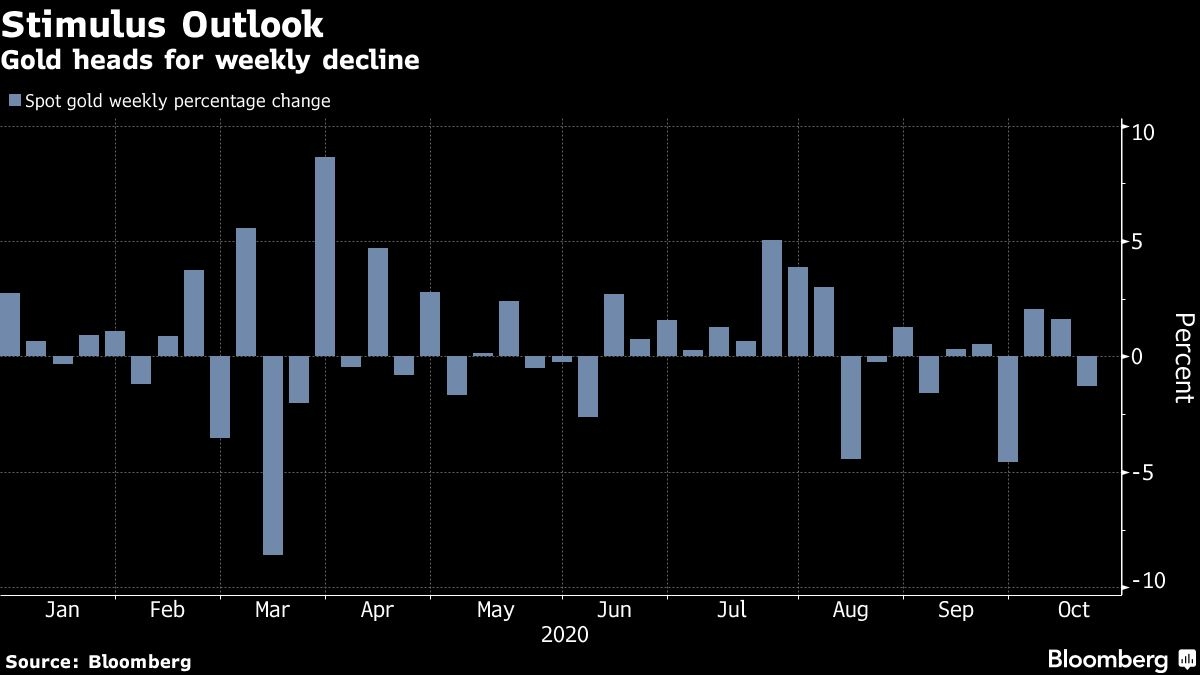 “The concern for precious metals traders, and other financial market players, is the size of the second fiscal stimulus package after the election” in the U.S., said Avtar Sandu, a senior manager for commodities at Phillip Futures Pte.

Heightened concern over the economic impact of the resurgent virus in Europe and elsewhere means inflationary pressures will remain weak and that central banks will likely keep interest rates low for even longer, said Fawad Razaqzada, an analyst at ThinkMarkets.

“We have already seen benchmark government bond yields drop noticeably again, especially for European countries,” which boosts the appeal of lower-yielding or non-interest-bearing assets such as gold and silver, he said.