Gold could stay in US$1,600-1,650 range into year-end before it rallies: Yamana Gold's Marrone

Gold fell to the lowest in more than three weeks as U.K. inflation returned to double digits, intensifying pressure on the government and central bank to act.

Gold fell as much as 0.9 per cent to the lowest since Sept. 28 as data showed U.K. consumer prices in September matched a 40-year high and exceeded economists' expectations. The figures add to pressure on policy makers to lift interest rates significantly, weakening the attraction of non-interest bearing gold.

The dollar has continued to strengthen, rising 0.3 per cent on Wednesday, after a slew of US economic data reinforced expectations of the Federal Reserve's hawkish policy path. The central bank's tightening stance has weighed on bullion this year by pushing up the greenback and bond yields, causing the metal to slide about 20 per cent from a high reached in March. 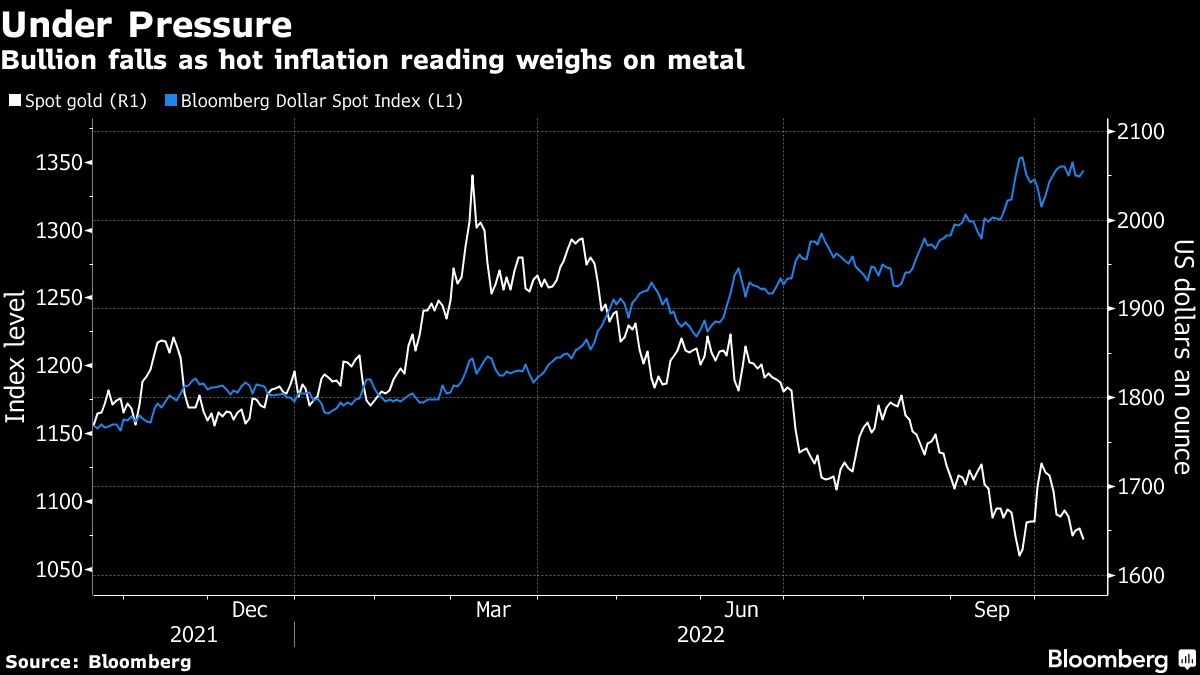 Atlanta Fed President Raphael Bostic reiterated that the bank is focused on cooling inflation that's running at its hottest in four decades. Treasury yields traded near multi-year highs ahead of U.S. housing figures for September and the Fed's Beige Book due later Wednesday.

The U.S. currency remains a headwind as the Federal Reserve pursues an aggressive monetary policy to battle inflation.