Gold steadied near a seven-week low after U.S. lawmakers struck a deal to avoid a government shutdown. Silver was also flat as it headed for its worst monthly performance in a year.

Senate Majority Leader Chuck Schumer said Wednesday lawmakers had reached an agreement to avoid a government shutdown on Friday. Uncertainties still remain on the political front, and the threat of a U.S. government default is less than three weeks away.

Gold is on course for its biggest monthly loss since June as precious metals have been pressured by the prospect of a pullback in stimulus measures. Traders will look to the House Financial Services Committee hearing Thursday on the Federal Reserve and Treasury Department’s pandemic response for comments from Fed Chair Jerome Powell and Treasury Secretary Janet Yellen. 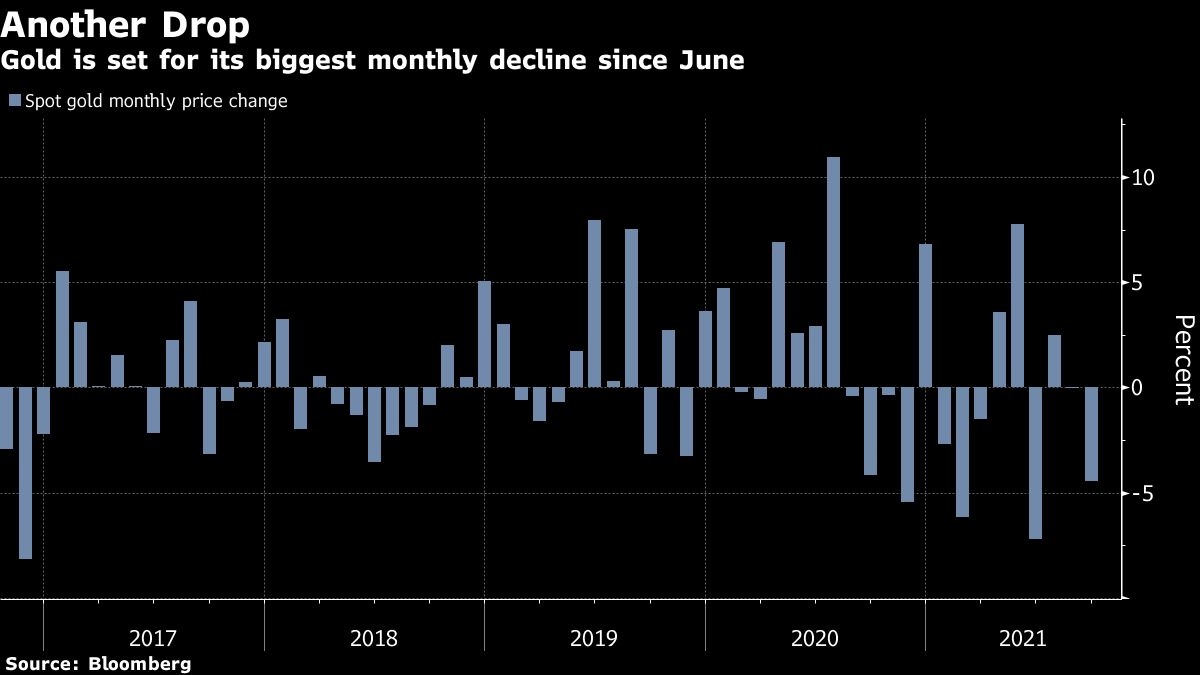 Powell and his counterparts in Europe, Japan and Britain voiced cautious optimism Wednesday that supply-chain disruptions that had lifted inflation rates around the world would ultimately prove temporary. That could ease some fears of rate hikes to combat the price rises.

Spot gold was little changed at US$1,724.78 an ounce by 12:53 p.m. in London. Spot silver traded flat at US$21.53 an ounce, after tumbling on Wednesday to the lowest since July 2020, with prices down more than 9 per cent this month. Palladium advanced and platinum edged higher, though both are set for a fifth straight monthly loss.

The Bloomberg Dollar Spot index was little changed after four days of gains.