Gold at risk of dropping to US$1,600 as rates rise: Bart Melek

Gold rose from its lowest level in more than two years, as the dollar slipped after hitting a fresh record.

The dollar’s advance stalled on Tuesday, providing relief for bullion which rose as much as 1.1 per cent. While gold is seen as a traditional haven in times of economic distress, fears of a global recession stoked by central banks’ monetary tightening has instead triggered big gains in the greenback. 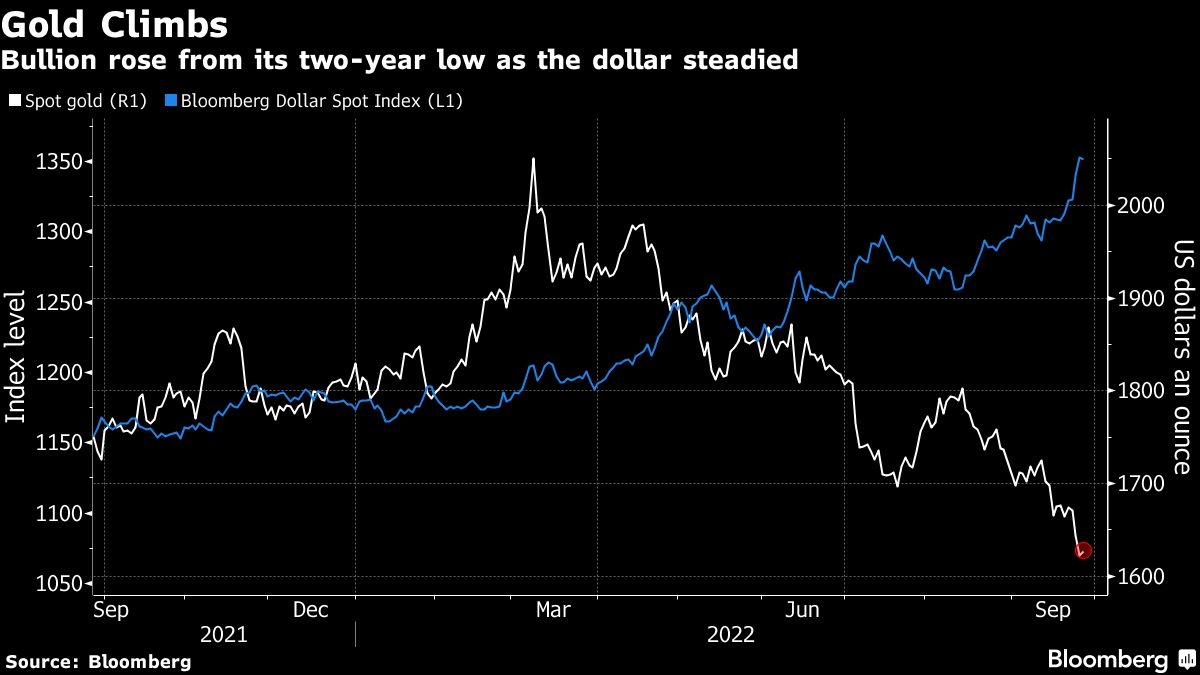 The fall in other major currencies including the pound and yen could continue weighing on commodities priced in the dollar. The markets for energy and raw materials have also taken a hit as key gauge Bloomberg Commodity Spot Index tumbled to the lowest since February.

“The focus is still on dollar strength, and it could continue to weigh on the precious metal,” said Gnanasekar Thiagarajan, director at Commtrendz Risk Management Services. Sentiment remains very negative as “more rate hikes to tame inflation will dent gold’s safe-haven status,” he said, adding he expects bullion to head toward US$1,550 an ounce in coming weeks.

This week, the market may face fresh volatility from the release of US inflation data and public speaking engagements by Federal Reserve officials including Vice Chair Lael Brainard and New York Fed President John Williams.

Bullion is in a bear market after slumping 20 per cent from the 2020 record, driven by investors liquidating their positions in exchange-traded funds and futures markets. Holdings in the former are now near the lowest this year, after spiking following Russia’s invasion of Ukraine.

Spot gold climbed 0.8 per cent to US$1,635.30 an ounce at 9:14 a.m. in London, after falling 1.3 per cent on Monday. The Bloomberg Dollar Spot Index declined 0.3 per cent, after rising to a record at the start of the week. Silver, platinum rose and palladium all fell.