Gold is vulnerable if it drops below US$1,700: Scott Bauer

Gold’s plunge to the lowest in more than two years has left it vulnerable ahead of a Federal Reserve meeting that will be pivotal for the metal.

Bullion had hovered above US$1,700 an ounce for most of September but plummeted on Thursday after breaking through a technical support that’s held since 2020. US data pointed to robust retail sales and a strong labor market, raising expectations of more aggressive action by the Fed as it tries to cool inflation. 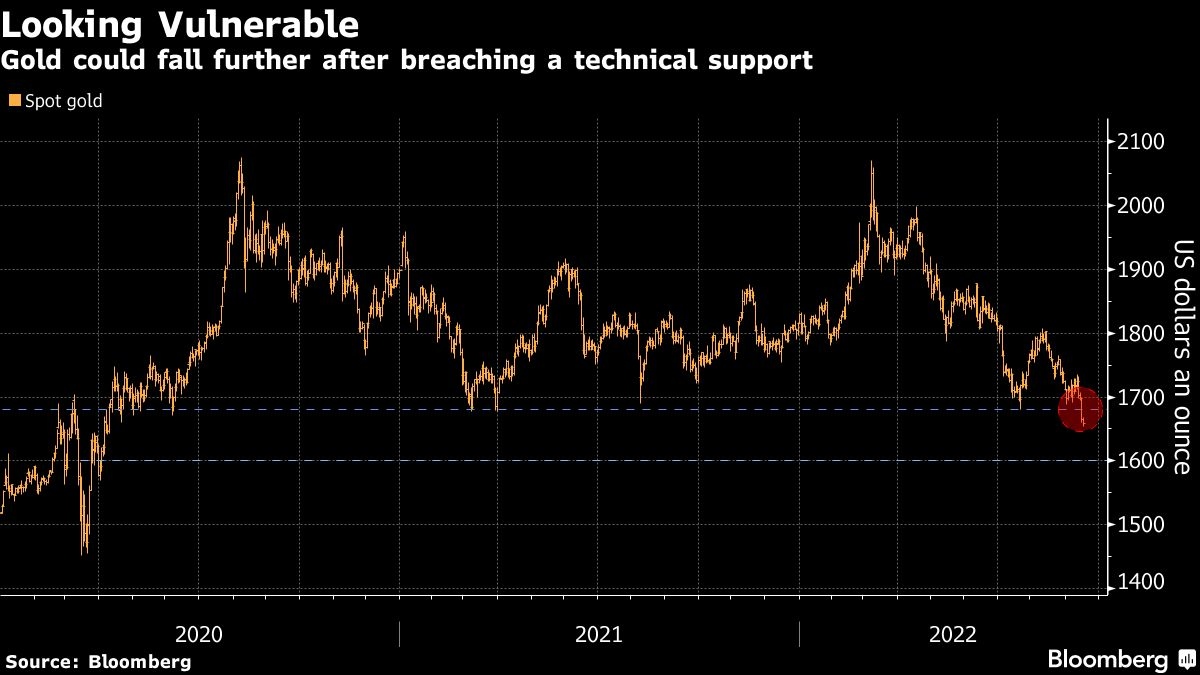 “We are below the crucial support area,” said Georgette Boele, an analyst at ABN Amro Bank NV. “If it breaks then the next level is US$1600 an ounce.”

The metal extended its slide by as much as 0.7 per cent on Friday as the dollar closed in on a record. All eyes are now on the Fed’s meeting next week, where most economists see the central bank raising interest rates 75 basis points.

But there’s a risk the hike could be even larger after US inflation data dashed hopes price pressures may be moderating. That could be a pivotal for gold, which is still holding up relatively well amid the recent surge in bond yields and the dollar.

There is some anxiety about a repeat of the 2013 crash, when prices dropped 14 per cent in two days after the Fed said it would slowdown its quantitative easing. That was matched by a similar surge in Treasury yields and the greenback.

But currently inflation is far higher and the outlook for growth much murkier, which tends to benefit bullion. Outside the US, Europe and China’s economies are stuttering amid an energy crisis and tough measures to control coronavirus. There’s also the ever-present risk of a widening of the war in Ukraine, the onset of which sent gold to near a record in March.

The US central bank is also being incredibly aggressive with its monetary tightening, which may lead to a hard landing for the economy. That’s helped arrest this year’s slide in gold price as investors hold onto the haven as a hedge against a slowdown.

While hedge funds trading the Comex have pared back their bullish bets to the lowest since 2019, money in exchange-traded funds is proving stickier. ETF holdings are still up on the year and well above the levels seen before the pandemic. 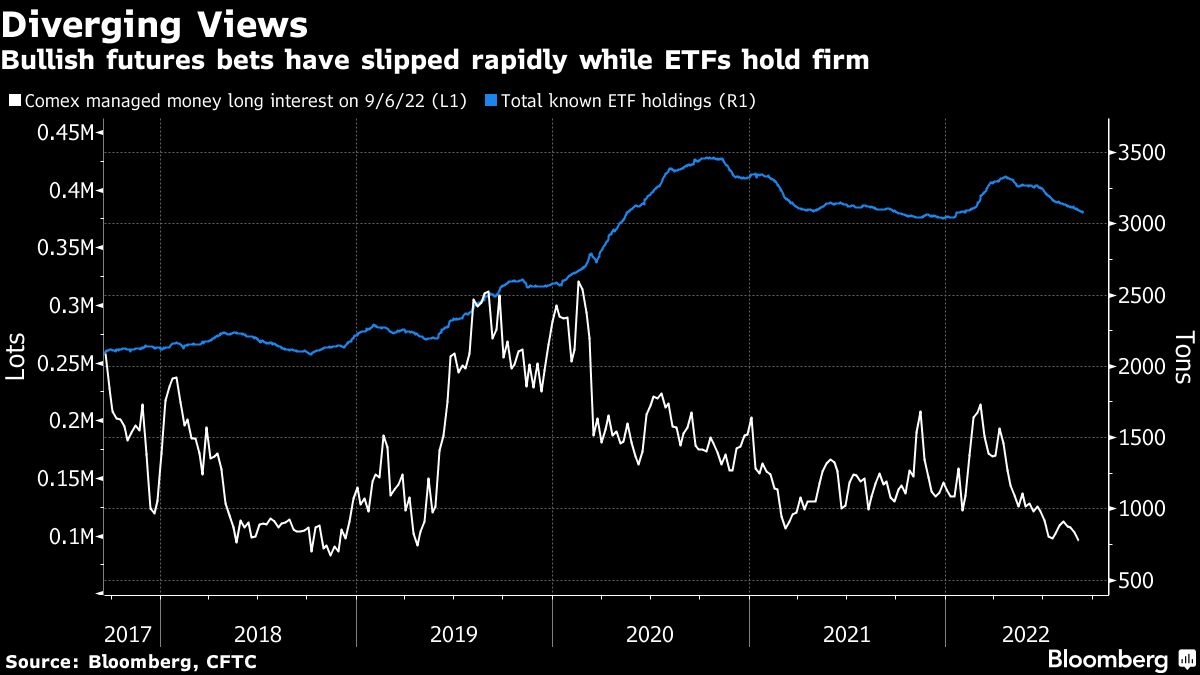 “It’s hard to see a collapse while inflation is so elevated and positioning already short,” said Marcus Garvey, head of metals strategy at Macquarie Group Ltd. “For it to happen, I would think it required a large positioning liquidation, which would probably come from ETFs.