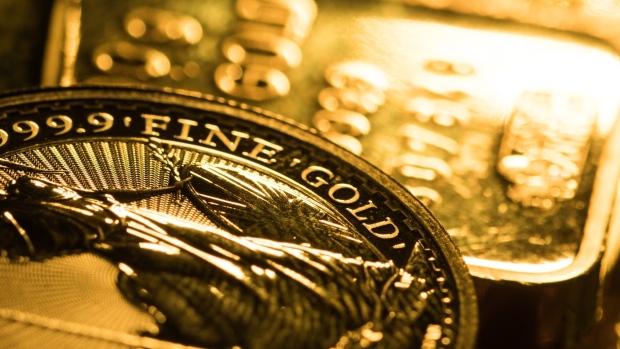 In China, a flurry of figures on everything from industrial output to retail sales showed the country’s economy stabilizing as spending improved and power shortages abated. Still, a slump in the property market and rising COVID-19 cases are indicating the nascent recovery isn’t yet on solid ground.

Bullion is still trading near the highest since June as accelerating inflation rocks bond markets and fuels demand for the traditional haven. Treasury yields eased on Monday as investors await public appearances by Federal Reserve officials and other central bankers in coming days.

“We attribute the dip at the start of the week to profit-taking after gold chalked up its biggest weekly gain in six months last week,” said Daniel Briesemann, an analyst at Commerzbank AG.  “Gold is still not particularly popular with ETF investors, who have not bought any holdings on balance despite the marked price rise last week.”

Exchange-traded fund holdings were little changed last week, remaining near the lowest since May, according to Bloomberg data. 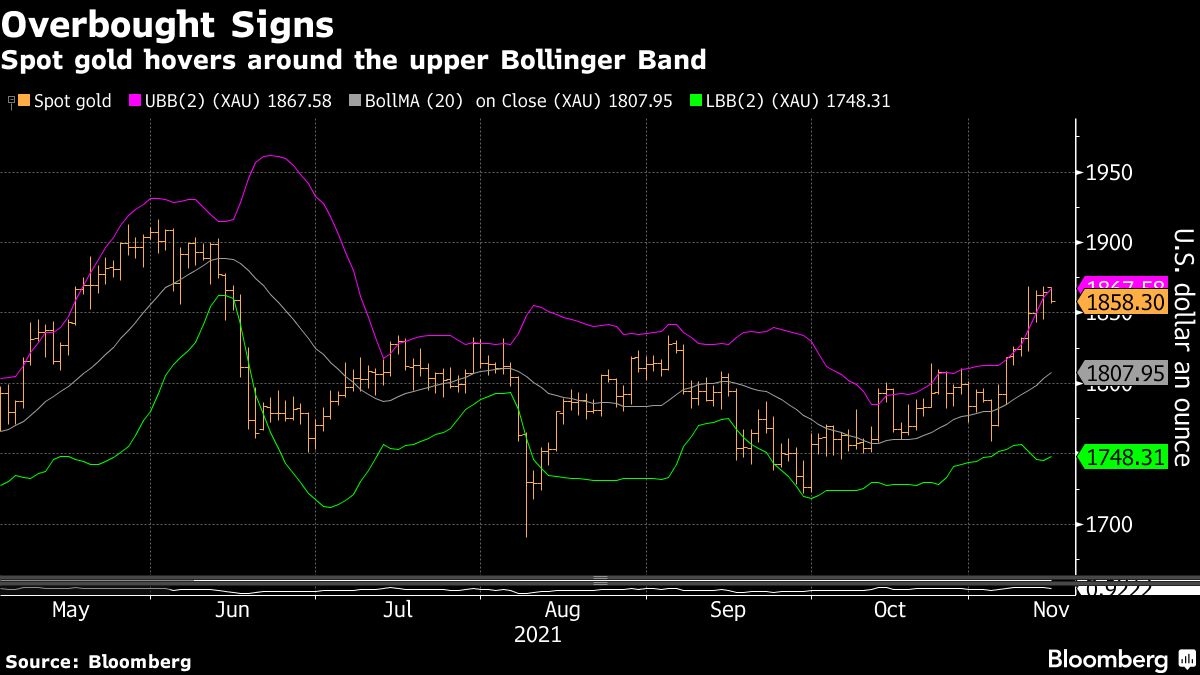 Expected remarks from Fed policy makers will feed into the debate on whether inflation seen this year is a transitory phenomenon that doesn’t require the bank to change course. New York Fed President John Williams, a noted dove, speaks on Wednesday. There are also speeches from the heads of the European, U.K. and Australian central banks this week.

Bullion has benefited as soaring inflation combines with a perception that the Fed will hold rates low to ensure a return to full employment. Bond market expectations for inflation over the coming decade are at their highest since 2006, helping keep real Treasury yields in check.

“With the recent moves, real yields appear firmly in the driving seat,” Morgan Stanley strategists including Amy Sergeant wrote in a note. “We see the risks skewed to our bull case in the near term if inflation prints stay elevated and real yields remain under pressure.”