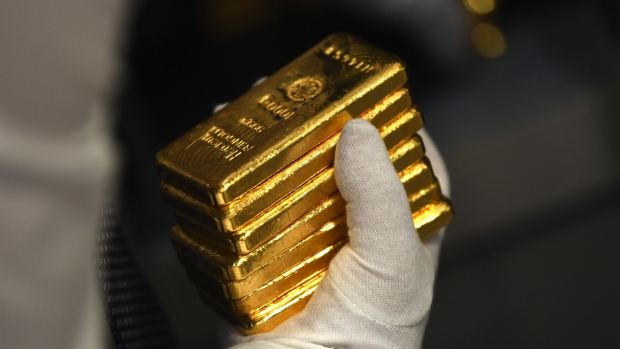 Gold steadied as investors stayed on the sidelines before the release of minutes from the Federal Reserve’s latest policy meeting.

Traders are turning their focus to the Fed minutes due Wednesday afternoon and next week’s Jackson Hole symposium, which may offer clues on the timing of the central bank’s tapering. In a town hall meeting Tuesday, Fed Chair Jerome Powell flagged that the pandemic is “still casting a shadow on economic activity,” but didn’t discuss the outlook for monetary policy or make specific comments on growth and the risks from the delta variant. 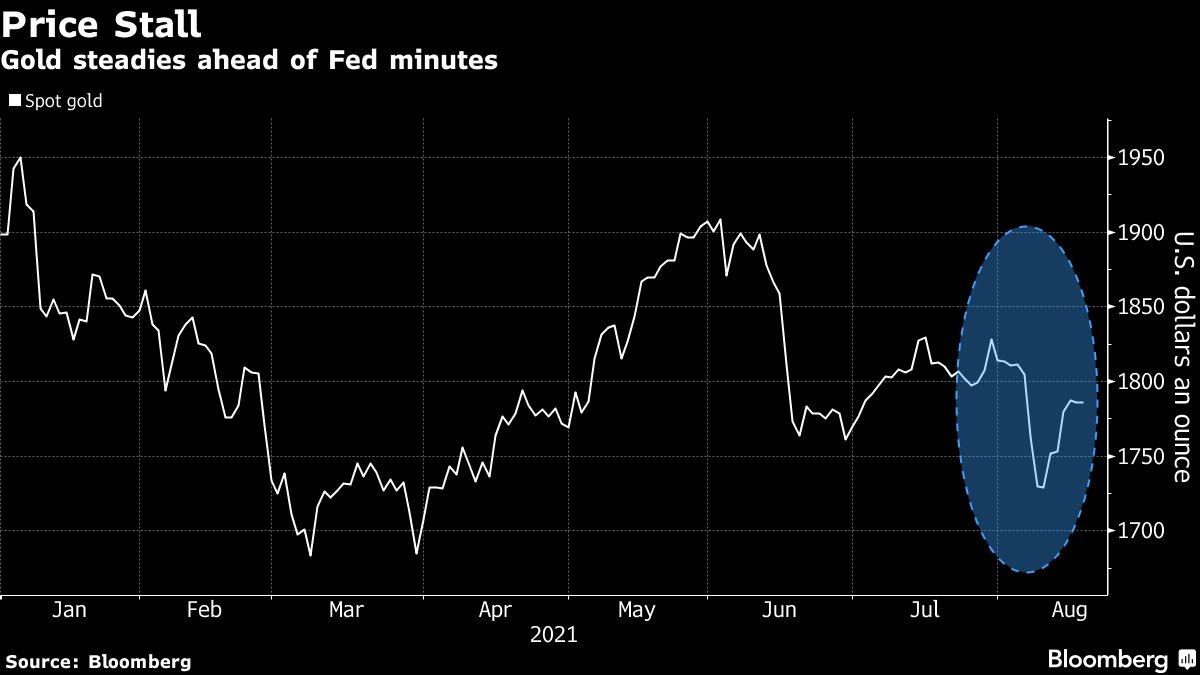 “The biggest positive in gold’s corner may be that the market has likely accounted for coming asset purchase reductions,” said James Steel, chief precious metals analyst at HSBC Securities (USA) Inc. “While this does not argue that gold will go higher, it supports the notion that gold may not go much lower. We think gold may be stalled in front of US$1,800 an ounce.”

Spot gold fell 0.3 per cent to US$1,780.85 an ounce at 1:53 p.m. in New York after slipping 0.1 per cent Tuesday. Bullion futures for December delivery slipped 0.2 per cent to settle at US$1,784.40 on the Comex. The Bloomberg Dollar Spot Index rose 0.1 per cent after a 0.5 per cent gain in the previous session. Silver slipped while platinum rose. Palladium fell for a third straight day, falling as much as 2.9 per cent to US$2,419.54 an ounce, the lowest intraday level since March 16.