Gold held near an 11-month low as traders assess the outlook for further monetary policy tightening and the impact on global growth.

Bullion hovered above the US$1,700 an ounce level as it continued to be pressured by the strength of the US dollar, a sign of the prevailing caution in global markets. Still, a gauge of the greenback has retreated from a record hit last week.

“Gold has not been living up to its reputation as an inflation hedge and safe haven in times of crisis of late,” Commerzbank AG analyst Carsten Fritsch wrote in a note. “Although inflation rates in the US and Europe are higher than they have been for decades, and have been rising further recently, the gold price has been under selling pressure for weeks.” 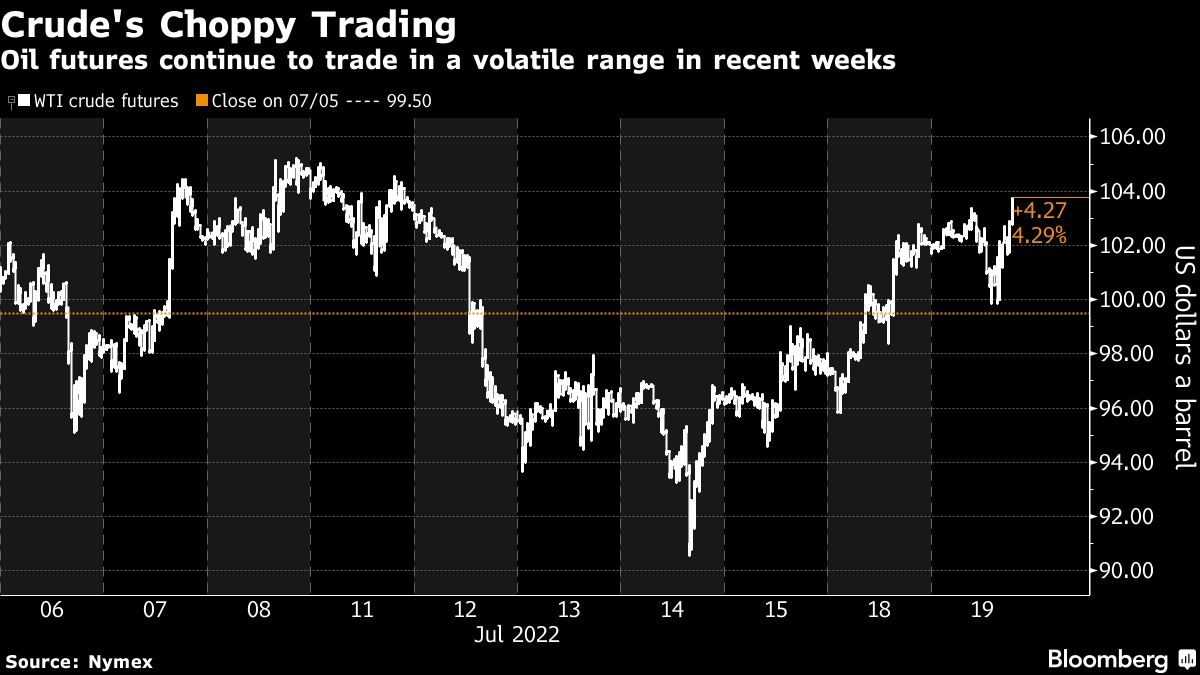 Investors are awaiting the Federal Reserve’s meeting July 26-27 for a hint on how aggressive the central bank will be in raising interest rates to tackle soaring inflation. For now, the latest US data reinforce policy makers’ support for another 75-basis-point hike, according to Bloomberg Economics.

“The Fed might not need to tighten policy as aggressively as markets were initially thinking, but the rate-hiking cycle could last into early next year,” said Edward Moya, senior market analyst at Oanda Corp. “The dollar is weakening to start the trading week, but this might not be the top, which means gold might struggle to make a move above anywhere close to the US$1,750 level.”

Silver crept up amid signs showed for better demand from China. “China is bidding up silver. In line with evidence of a Chinese bid in industrial metals, silver is benefiting from a continued rise in Chinese interest,” Bart Melek, global head of commodity strategy at TD Securities, wrote in a note. “However, reports that major Chinese banks will suspend investors from taking new positions in gold and silver by August are blurring the outlook for this signal.”

Spot gold was little changed at US$1,711.18 an ounce at 1:54 p.m. in New York City. Prices dipped below US$1,700 last week for the first time since August. The Bloomberg Dollar Spot Index was lower again after dropping 0.4 per cent in the previous session. Silver, palladium and platinum all advanced.